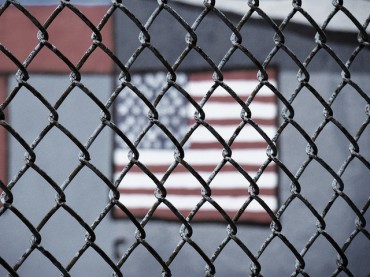 “Many people say to me, ‘If it gets worse than this, I’m not sure we can survive it,’ and I’m inclined to agree with them,” Hollis said in an interview with The College Fix. “It’s never been as bad as it is now.”

Hollis, who in addition to her professorship is a popular conservative columnist and political commentator, is the author of a post-election column titled “Post Mortem” that went viral across America. It was reposted on many websites, spread like wildfire across social media sites, and emailed far and wide, landing in mom-and-pop inboxes across the nation.

This ongoing whirlwind of a world wide web debate was prompted by Hollis’ Nov. 8 column, which analyzed the state of the union the day after President Barack Obama was re-elected.

It argued, among other things, that: conservatives are outnumbered; they’re losing the culture war; too many Americans are immature, seeking only self-gratification; and the so-called Republican War on Women played a role in the election outcome.

“America is on a horrific bender; has been for some time now,” Hollis wrote. “The warning signs of our fiscal profligacy and culture of lack of personal responsibility are everywhere – too many to mention. We need only look at other countries which have gone the route we are walking now to see what is in store. … I see the country I love headed toward its own ‘rock bottom,’ and I cannot seem to reach those who are taking it there.”

In an interview this week with The College Fix, Hollis said feedback she’s received from that piece has led her to believe millions of Americans feel as if they have no voice. But the answer, she argued, is not to cower in the corner and give up.

“Speak up,” Hollis said. “Because being polite does not mean being silent.”

First and foremost, the culture war must to be addressed, she said. It’s time to stop worrying about stepping on people’s toes or hurting people’s feelings, she said.

Some Republican and conservative commentators argued after the election the solution to regain the White House, Congress and the country is to become more moderate, acquiesce to the social norms promulgated by the Left.

Take, for example, the alleged War on Women. During the presidential campaign, women’s rights discussions served as a façade for something more sinister, she said. What appeared to be a discourse about access to birth control was really about expanding abortion services and physician-assisted suicide, Hollis said.

“I’m pro-better choice—all choices are not equal,” Hollis said. “If my father is suffering from advanced dementia, I don’t have the right to smother him with a pillow.”

Hollis said advances in science have provided new and startling information about life from conception through natural death that every American should learn. This is one example of the kinds of things that could help turn the culture war tide in conservatives’ favor.

Hollis said “the left” has become politically adept at demonizing people, but it is important for all Americans to understand everyone wants to make things better, she said.

While Hollis’ first point in her “Post-Mortem” work declared Americans who champion free enterprise are outnumbered by those who want free stuff, she said that did not mean throw in the towel.

“No matter where you are, that can be ground-zero for changing things,” Hollis said.

Fix contributor Ryan Lovelace is a student at Butler University.