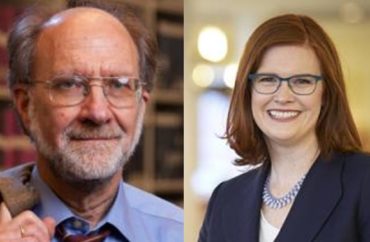 A trio of New York University law school professors have proposed changes to the Model Penal Code’s handling of human trafficking and other sexual crimes.

But a bipartisan group of 37 attorneys general have written a letter to the professors and the American Law Institute, asking them to reject the proposed changes.

The proposed revisions to the law, “would weaken laws against human trafficking and sexual abuse, assault, and exploitation,” as well as making the prosecution of criminals that much harder, the letter said.

“The proposed changes will significantly affect the safety of survivors and victims, and the integrity of the prosecutions we undertake to obtain justice on their behalf,” the attorneys general wrote. The National Association of Attorneys General is led by Iowa Republican Tom Miller and Oregon Democrat Ellen Rosenblum. The organization did not return a request for comment from The College Fix sent in the past several weeks.

The proposed changes to how sex trafficking is prosecuted, would “limit the criminal liability of traffickers” and “eliminate any liability for those who buy and use trafficking victims for their own sexual gratification, as well as third parties who knowingly profit from this exploitation,” the letter said.

The state law enforcement officers take issue with the proposed changes that would eliminate “criminal liability for advertisers” and for “those who knowingly benefit from their participation in sex trafficking.”

The Fix emailed Professor Stephen Schulhofer (pictured, left), one of the leads on the ALI project, to ask what prompted the proposed changes and what the benefits and consequences could be if implemented. The Model Penal Code is not binding law, but states often rely on its recommendations.

“The MPC is a proposal being considered and near final adoption by the American Law Institute,” Professor Schulhofer said. “ALI is a private association of prominent lawyers, judges, and academics committed to clarifying and improving the American legal system.”

“The rationale for the proposed changes is discussed in detail in the attached document, which was presented to the ALI membership when it voted to approve the proposal,” the law professor said.

He did not directly answer the questions but instead told The Fix it could find answers in a 658-page document he provided. “I’m sorry I can’t give more detail but I hope this helps,” he said.

Fellow project leads and NYU law professors Erin Murphy (pictured, right) and Richard Revesz did not respond to requests for comment sent in the past two weeks.

Another issue raised by the letter from the state AGs is the proposed reduction in registration requirements for sex offenders.

“The proposed revisions greatly reduce the number of sexual offenses that require registration,” the letter said.

The law professors would eliminate “[s]erious and dangerous offenses” from the list of crimes that mandate registration. This includes the distribution, production and possession of child pornography, kidnapping, sexual assault of minors older than 11 years-old and “sexual offenses involving lack of consent without physical force.”

“The revisions contemplated fail to treat sex predators appropriately and would provide them more freedom to commit these heinous crimes, putting the citizens we represent at greater risk of becoming victims,” the letter concluded.

Sexual assault revisions are one example of the ALI’s growth in power, commentator says

While the ALI does not produce binding law, one legal commentator has said it is getting close to it, and that’s not good for the judicial system.

“The institute’s publications ‘Restatements of the Law’ set forth the principles, or ‘black letter law,’ that judges use as guidance,” John Fund wrote at the National Review. “The general guidelines of the tracts are often cited almost as though they were statutory law.”

He said the ALI is “veering away from describing the law and seeking instead to establish new law and policy.”