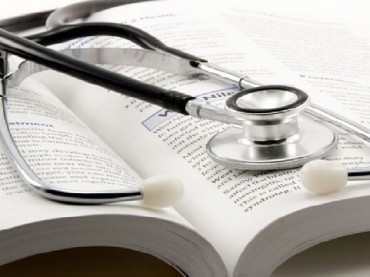 Since the launch of Obamacare, at least 122 colleges and universities across the nation have cut student and faculty work hours to skirt the federal law’s mandate requiring employers to provide healthcare for people who work 30 hours or more per week.

Those who have seen their paychecks shrink as a result of the Affordable Care Act include students who work on campus at restaurants, bookstores or gyms, teaching assistants, Residence Advisers, officer workers, student journalists, and a variety of other workers, such as part-time maintenance crews and groundskeepers. Educators’ work hours have also been cut due to the mandate, including part-time instructors and adjunct professors.

A long and growing list of 450 companies, school districts, colleges and institutions that have slashed and capped work hours to comply with the employer mandate – which goes into effect next year – has been compiled by Jed Graham of Investor’s Business Daily, whose tally chronicles employers both public and private.

“Critics say the Affordable Care Act gives businesses an incentive to cut workers’ hours below the 30-hour-per-week threshold at which the employer mandate to provide health insurance kicks in,” Graham notes. “White House economists dismiss such evidence as anecdotal. … In the interest of an informed debate, we’ve compiled a list of job actions with strong proof that Obamacare’s employer mandate is behind cuts to work hours or staffing levels.”

The list, which Graham started in August 2013, is nowhere near being comprehensive, as many employers have not been clear about how they’re adhering to the mandate, he said in an email to The College Fix.

“I do not think this list is close to being comprehensive,” Graham said. “While colleges and universities are far more transparent about workforce policies than the private sector, even many public sector employers have been less than crystal clear about how they are responding to the employer mandate.”

Obamacare has essentially created a greater financial burden for students, according to Graham.

“College and graduate school already leave students with a large financial burden and anything that restricts the ability to earn money risks adding to that burden,” Graham said.

With permission from Graham, The College Fix extracted the colleges and universities cited on the list to create a unique tally that shows the impact of Obamacare on campuses nationwide.

Samantha Watkins, a student at Point Loma University and a regular contributor to The College Fix,  recently wrote about her experiences as a student employed by her university.

“Hour caps for students working on campus make it a challenge for those who financially need it,” she said in an email to The College Fix. “And off campus jobs mean a commute, if students are able to find ample transportation.”

Among others critical of the Obamacare employer mandate are professors and medical doctors.

“Reduced hours will do net harm to students,” D. Eric Schansberg, a professor of economics at Indiana University Southeast who recently co-wrote an op-ed critical of the effects Obamacare would have on students, told The College Fix in an email. “If they preferred fewer hours, the market– between employers and employees– would have reached that outcome. Some students will find other jobs; others will have tighter budgets; and so on.”

Professor Schansberg also gave an example comparing the effects of the government mandate to increasing workers’ wages, having both positive and negative outcomes, depending on the worker’s situation.

“The government’s actions are always contingent,” he said. “For example, the simplest model (a labor demand curve) would say that a higher minimum wage will help those who keep their jobs and harm those who lose their jobs. On the one hand, you’re increasing wages for those who have jobs– but you’re also making them more expensive to hire.”

“The ACA is similar,” Schansberg argued. “You can mandate X– or connect X to a tax/penalty– under certain circumstances. But then you make those circumstances less likely.”

Graham also explained the problems with the employee mandate, which he says have caused a plunge in workweek hours for low-wage industries, shrinking to an average of 27.3 hours.

“There had been – and still is – a lot of denial from supposed experts that the employer mandate was having an impact. This effort, I think, helps to show that the anecdotal evidence is pretty weighty,” Graham explained, referencing his list of businesses that have cut hours. “But I haven’t relied only on anecdotes. I have used government data to show that the work week among low-wage private sector industries has shrunk to a record low and the share of workers clocking just above 30 hours per week has plunged relative to those with hours just below Obamacare’s 30-hour full-time threshold.”

Dr. Rob Steele, an assistant professor of medicine at the University of Michigan Medical School who is running for University Regent also had critical words of the employee mandate and subsequent cut hours.

“The government view of the solution for students needing insurance is to go on their parents plan if you are under 26,” he said in an email to The College Fix. “Usually the students are more worried about a decrease in pay rather than the insurance.”

“The reduction in hours will increase because the costs of insurance will continue to rise.”