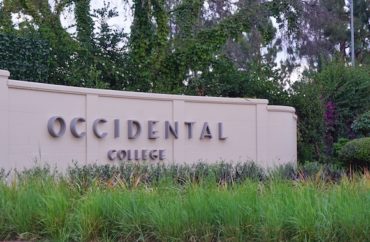 Occidental College, a private school in Los Angeles, has altered the description for one of its on-campus residences after The College Fix reached out to question the housing policy.

The policy of Occidental’s Queer House, one of the school’s “Themed Living Communities,” previously stated that “any individual who does not align with hegemonic and normative sexual and gender identities is welcome to live in” the LGBT-friendly house. The guideline seemed to affirm that straight students would not be welcome to live at the house.

In response to an email from The College Fix asking about the policy, including its apparent violation of the “Rights of Residents” rules, Vice President of Student Affairs and Dean of Students Rob Flot claimed that despite the house’s description, “Occidental does not have a policy that prohibits non-queer students from living in Queer House.”

“Students are not asked to disclose information about their orientation in the application,” Flot continued. “Instead, the application’s questions focus on why a student wants to live in the house and how they could further its mission.”

“We’re in the process of updating the website language so that it is fully consistent with our policy,” Flot added.

Shortly after Flot’s response, the description on the website had been altered.

The website now states that “Any individual who does not align with hegemonic and normative sexual and gender identities is welcome to live in this space as well as any individual that could further the mission of the house through their residences.”

Archives of the page continue to display the apparent no-straights-allowed wording that existed prior to The Fix’s query.

Student residences with political or identity-based themes are not uncommon on college campuses around the country.

The University of Alabama at Birmingham has a “Multicultural Education and Diversity” community, which “highlights individuals exploring and appreciating their individual differences, diversity, and social justice within the UAB community.” Butler University’s “BU Inclusive” LGBTQ+ themed community, meanwhile, “explore[s] and celebrate[s] students that identify within the LGBTQ+ community.”

And at California State University Los Angeles a few years ago, university administrators caved to student protesters and offered segregated blacks-only housing on its campus.