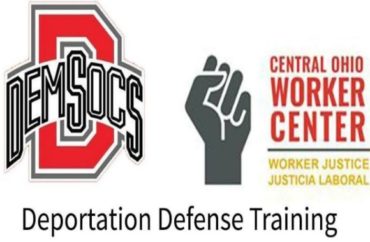 The Central Ohio Worker Center, in partnership with the Young Democratic Socialists of America, presented a deportation defense training workshop at Ohio State University over the weekend.

The April 21 training aimed to create an opportunity for Ohio State students to have a “more concrete vision of what immigrant justice looks like when we work together,” according to the center’s website.

“They will give us an understanding of the best ways we can help prevent deportations, protect the undocumented workers in our community, and resist ICE. This is an opportunity for us to get involved in the immigrant’s struggle on campus,” the event’s Facebook page states. 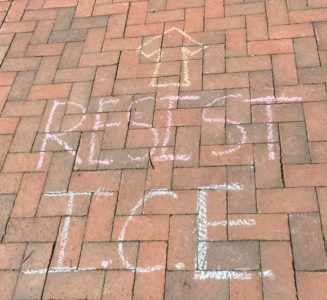 The event comes at a time when a federal judge recently ruled that the DACA protections must stay in place and that the government must continue to accept new DACA applications. Ohio State University President Michael Drake joined nearly 800 other university presidents this past October urging Congress to take action and permanently protect students enrolled in the DACA program, according to The Lantern.

The training was led by COWC president Austin Kocher, who received his Ph.D. from Ohio State and is a self-proclaimed Immigrations and Customs Enforcement expert, according to the Facebook event page. Kocher declined to comment to The College Fix.

Jessica Camacho, a board member of the Central Ohio Worker Center, a third year in Social Work, and a DACA recipient, according to the Facebook event page, was also involved in the training and provided attendees with a comprehensive understanding of the “best ways peers can help prevent deportations, protect undocumented workers in our community, and resist ICE officers.” Camacho also declined to comment.

A similar event was held at Ohio University in Athens, Ohio, the following day.