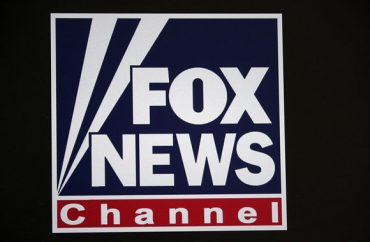 Ohio University student leaders are responding to the generosity of a famous alumnus by trying to get his name removed from a school building.

Because of the sexual harassment allegations that led to his sudden resignation from Fox News, former chairman and CEO Roger Ailes should not continue to be honored as the namesake of the WOUB Public Media newsroom, according to the Graduate Student Senate.

It voted unanimously Tuesday to ask the school to remove Ailes’ name from the newsroom. A local socialist group also is pressuring the university to dump Ailes to show it’s serious about fighting “the campus rape crisis.”

The WOUB newsroom was named after Ailes, a 1962 graduate and former WOUB station manager, after he donated $500,000 toward its renovation as a technologically advanced facility in 2007.

The gift provided a “quantum leap” to the newsroom, which had not been upgraded since the 1960s, by doubling its size, its news director said at the time. Ailes has also provided scholarships to journalism students at the university since 1994.

But Ailes is “not in alignment” with the university’s policy on sexual misconduct, the Graduate Student Senate told President Roderick McDavis in a letter following its Tuesday vote.

It cited the reported $20 million given to former Fox News host Gretchen Carlson to settle her lawsuit against Fox News, two months after she sued Ailes himself for sexual harassment.

One of the speakers during the senate meeting’s public comment period was Sarah Grace, a Democratic candidate for the state house and Ohio University alumna. Grace supported the resolution, which calls for the “immediate renaming” of the newsroom, the letter said.

Robert Stewart, director of the E.W. Scripps School of Journalism at Ohio University, told The College Fix in an email he “has no say-so in this matter.” He said it was his understanding that McDavis “would be speaking about the issue on Monday at a Faculty Senate meeting.”

The university is “carefully evaluating facts surrounding allegations against Roger E. Ailes as they come to light,” spokesperson Carly Glick told The Fix in an email, but it must “exercise due diligence” when facing “matters of such great significance to our students, faculty and staff.”

Glick continued: “We want to be clear that we value campus and community feedback. We hear you.”

Cut ties with Ailes or you insult ‘survivors’

The Athens chapter of the International Socialist Organization, which includes Ohio University students, is hoping to shame the university into renaming the newsroom with a hashtag campaign, #AbandonAiles.

It was already pressuring the school to “cut ties with this serial sexual abuser and prioritize support for survivors on campus over celebrating their millionaire donors,” when the senate approved its anti-Ailes resolution.

MORE: George Washington’s turn to have his name removed from schools

But after the resolution passed, the group specifically called for the university to strip Ailes’ name from the newsroom, in addition to cutting all ties.

The Athens socialists drew 40 people to a meeting last week to discuss “how to fight back against the campus rape crisis” and formalized the anti-Ailes campaign.

The chapter is distributing a petition claiming that “at least 1-in-4 women will be sexually assaulted while they are in college,” and that Ohio University leadership in particular “has repeatedly deprioritized the crisis of sexual assault on campus,” without explaining how.

Its treatment of Ailes shows that Ohio University suffers from “a corrupt governance model that prioritizes ultra-wealthy donors over the needs of the campus community,” the petition says.

The Athens socialist chapter is hosting an #AbandonAiles campus march and rally on Thursday, citing the school’s failure to “take even the most basic, symbolic steps to cut ties” with Ailes, apparently referring to the newsroom name.

As of Sunday night only 26 people were “going” to the socialist event and 18 were “interested,” according to its Facebook event page. There are also no user posts on the event page, just its original description of the event.

Regardless of what it decides about the newsroom, the school has no plans to scrap the Ailes scholarship, according to The Daily Beast.

Ailes has credited the station with sparking his interest in broadcasting. He was a radio and television major before going on to have a successful career in television and as a political consultant, overseeing the 1996 launch of Fox News Channel and Fox Business in 2007.

Less than four months before Ailes’ resignation, Fox News drew the “biggest quarterly crowd in basic cable” for the first time in its history, the network said at the time.

More than 20 other women followed Carlson with their own harassment charges against Ailes, according to The Washington Post.

Ailes attorney Charles Harder did not respond to a request for comment from The Fix.

MORE: Rename ‘Lynch’ building because it triggers us