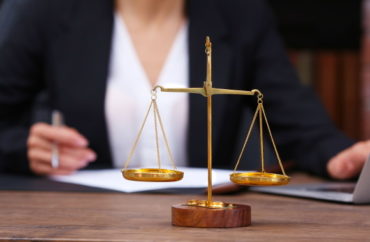 Oklahoma State University faces a lawsuit over policies that allegedly “deter, suppress, and punish speech about political and social issues of the day,” according to the complaint.

The lawsuit was filed recently by Speech First, an organization that protects free speech on college campuses.

Speech First claimed OSU is “violating students’ First and Fourteenth Amendment rights” through three student policies that “have been designed to – and have the effect of – silencing student speech.”

“Under these policies, students can be disciplined for ambiguously defined ‘intimidating’ speech, discussing politics in emails, commenting in class, or even, in the words of the University, for showing ‘a disproportionate weight in favor of or against an idea or thing,’” stated a Jan. 10 news release from the organization.

OSU told The College Fix in a Jan. 11 email that university officials will be carefully reviewing the complaint, which they learned about through the media. The university declined to comment on the pending litigation but provided The Fix with a brief statement on the issue.

“Oklahoma State University values and cherishes everyone’s right of free expression on campus as an essential pillar of democracy. The free exchange of ideas and opinions is part of the educational experience and fosters excellent critical thinking insight. We respect different viewpoints and strive to promote healthy and considerate discussion,” the university said in its statement.

Cherise Trump, executive director of Speech First, told The College Fix via email her group filed the lawsuit “on behalf of student members on campus who feel their rights are being violated by these anti-speech policies.”

The first policy flagged in the lawsuit is the university’s harassment policy, which applies to students who engage in “verbal abuse,” “intimidation,” or “behavior that is persistent, severe, or pervasive.”

Speech First targeted the policy because it is “so vague that it can easily be applied to a wide swatch of protected speech,” according to its news release.

The group also cites in its complaint the OSU computer policy for prohibiting students from “transmitting political campaigning” with their student email address.

Students must adhere to the regulations to access the internet and can be reported for “material received via email,” the lawsuit stated.

Two of the three OSU students represented by Speech First were cited as wanting to send “politically-oriented emails” such as “campaign-related emails” to other students using their university emails. The computer policy prevented the two students from sending them, according to the court document.

The bias incident response system implemented at OSU is the basis for the third complaint submitted by Speech First. The guidelines call for students to report actions “that are motivated, in whole or in part, by bias against a person or group of persons who possess common characteristics.”

The OSU website defines bias as “a disproportionate weight in favor of or against an idea or thing, usually in a way that is closed-minded, prejudicial, or unfair.”

The lawsuit explained the purpose of “bias-response teams,” who “typically log the incident, investigate it, meet with the relevant parties, attempt to reeducate the ‘offender,’ and can recommend formal or informal discipline.”

Speech First published a report in 2022 finding that 56 percent of 824 identified higher institutions in the U.S. had bias reporting systems on campus. Previous lawsuits by the organization led to the discontinuation of the programs at the University of Central Florida, the University of Michigan and the University of Texas.

Students at universities with bias-response teams have been reported “for writing a satirical article about ‘safe spaces,’ tweeting ‘#BlackLivesMatter,’ chalking ‘Build the Wall’ on a sidewalk, and expressing support for Donald Trump,” according to the filed complaint.

The three OSU students represented by Speech First claim they cannot fully express their opinions or discuss certain issues due to the bias incident policy.

“This policy poses a grave risk of chilling the open and unfettered discourse that should be central to higher education. Its bureaucratic processes—and the vague, overbroad, and viewpoint-based definition of ‘bias incident’ that triggers them—violate the First and
Fourteenth Amendments,” the complaint stated.