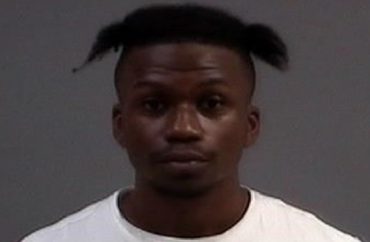 A student at Virginia State University has been charged in the murder of his peer, Daniel Wharton. But this is not the first time he has been accused of criminal activity.

Isaac Amissah (pictured) turned himself in to the Chesterfield Police Department on December 10 in response to an arrest warrant. The bond hearing has been set for December 27, according to the Virginia court database. The College Fix emailed his listed attorney, David Whaley, on December 23 but did not receive a response. The Fix asked how Amissah planned to plea.

He has been charged with “murder and the use of a firearm in the commission of a felony” in the death of Wharton on December 5. Police found the VSU student in his apartment and rushed him to the hospital, but he died from gunshot wounds.

The Virginia court system is a familiar one to Amissah. The Prince William Circuit Court sentenced him to two years of probation for a felony charge of “disregarding signal by law enforcement officer to stop [or] eluding police.” The county court sentenced Amissah to probation on August 26, 2021. 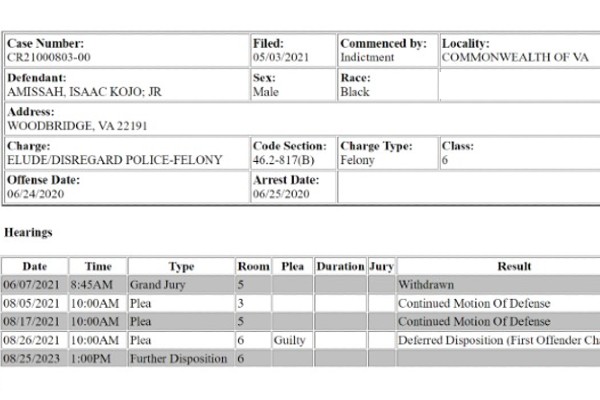 It dropped charges against him for possession of a gun while selling more than one pound of marijuana, resisting arrest and illegal possession of a concealed weapon. The charges were all brought for an incident on June 25, 2020, when he evidently failed to stop for a police officer. 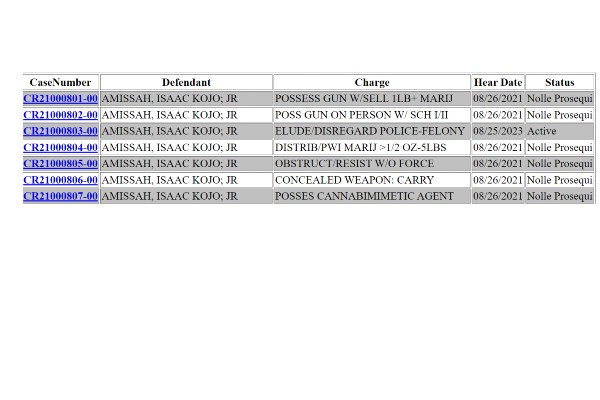 “I believe that those charged with non-violent low level possession of marijuana should be diverted from the criminal justice system,” Ashworth said on her campaign website. “I support the decriminalization and legalization of marijuana in the Commonwealth of Virginia.”

Ashworth told The Fix her office does not comment on pending criminal charges but did provide further information on the dropped charges.

Given the circumstances of the arrest and the evidence in the case, this was the most serious and appropriate charge for the Commonwealth to proceed upon and Mr. Amissah freely and voluntarily admitted his guilt. There was insufficient evidence to proceed on the marijuana charges given the finding by the Department of Forensic Science that the plant material tested did not meet the legal definition of marijuana. The other charges that were nolle prossed were misdemeanors. The police officers involved were in agreement with this resolution of the case. The Judge accepted Mr. Amissah’s guilty plea and followed the Commonwealth’s recommendation after hearing a summary of the evidence.

She also said he was 19-years-old at the time “with no prior adult criminal record.” Amissah also had a petty larceny charge dismissed (below) in August 2019 by the Fairfax County General District Court. His gender appears to be erroneously listed as a female. 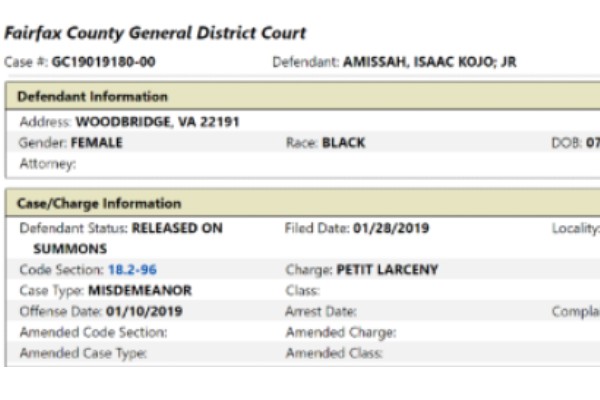 “Mr. Amissah was placed on two years of active adult supervised probation following his plea on August 26, 2021,” Ashworth said. “All indications at the time were that he was going to be successful on supervision and complete what was required of him to earn a reduction in the charge from a felony to a misdemeanor.”

“If he does not complete the requirements, he will be convicted of the felony charge and sentenced accordingly,” she said.

She said her decision to drop the charges was not based on her campaign promise on drug prosecution. “The charges brought against Mr. Amissah are not ‘non-violent low level possession of marijuana’ and therefore not encompassed in her statements during the campaign.”

The prosecutor also promised during her campaign to build better relationships with and stop discrimination against “people of color” and immigrants. “We have no information regarding the defendant’s immigration status and this was not a factor in any decision made by this Office,” Ashworth told The College Fix.

Amissah lives in Northern Virginia, but one news website in Ghana said that he is from the West African country though The Fix could not confirm that claim. Sharon Scheidhauer, a spokesperson with the U.S. Citizenship and Immigration Services, did not return several emails sent in the past two weeks that asked for Amissah’s visa status.

Virginia State University spokesperson Gwen Dandridge declined to answer questions about Daniel Wharton, the victim, and Amissah. The Fix asked about Amissah’s citizenship status, if the university would be increasing security on campus and what Wharton and Amissah’s major and year in school were.