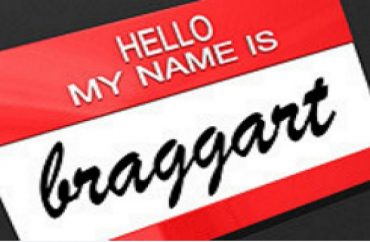 The McGill University (Canada) student who on Twitter last week called for people to “punch a Zionist” has received the backing of his fellow student politicians.

The Students’ Society’s (SSMU) Igor Sadikov, who represents Arts students at the school (and must think he’s a real “tough guy”) remained on the Society’s board of directors after a measure to have him removed was rejected.

In addition, the National Post reports that at a SSMU legislative council meeting late last week, “elected representatives declined to denounce Sadikov but stood by as a Jewish member of the council was singled out for her support of Zionism.”

That member is Jasmine Segal, who says she was chastised because she dared to describe Sadikov’s tweet as “hateful” — and added that requests were made that she be removed from the SSMU.

“I was left isolated and alone to respond. My fellow representatives sat in silence and permitted this malicious, prejudicial, and unjustified attack to continue,” [Segal said.]

The McGill Daily, a student newspaper that has a policy of not publishing Zionist viewpoints, reported that a pro-Palestinian activist complained at the meeting about the presence of Zionists on council.

“Since SSMU has a social justice mandate, why does it allow Zionist councillors on council, when Zionist ideology is inherently (linked to) ethnically cleansing Palestinians?” the activist asked. Instead of addressing Sadikov’s tweet, the question period became a “heated debate over how exactly to define Zionism, and over who had experienced violence,” the newspaper reported.

Molly Harris, a third-year Arts student who attended the meeting, said she felt targeted as a Jew and a Zionist.

“This tweet and the discourse that followed on Thursday have unleashed a wave of condemnation of Zionists and Jews at McGill and have normalized inciting violence against students who identify as such,” she said by email. “If anything, I feel more unsafe and more singled out now than I did last week because of the campus groups who have used Sadikov’s tweet as an opportunity to express their anti-Zionist, and often anti-Semitic views.”

Suddenly Igor "Punch A Zionist" Sadikov [left] gets cold feet when Zionist @RyanBellerose [right] offers to meet for a chat. Why? pic.twitter.com/qvShrGeym0

Israellycool reports Sadikov had apologized via Facebook (now made private) — sort of — after his tweet: “I regret the way that I phrased my opposition to Zionism and the fact that some of my constituents and fellow students felt harmed by it.”

Note that a commenter to that FB post wrote “I can punch one [a Zionist] for you if your position does not allow you to” … and Sadikov “liked” it.

Speaking of Facebook, the Post points out Sadikov had also responded to reminders of hateful tweets he had made between 2009 and 2012 which contained “violent slurs and discriminatory remarks targeting racialized people, women, queer people, people with disabilities, and people with mental illness.”

He claims he “no longer holds those biases and regrets having written the tweets.”