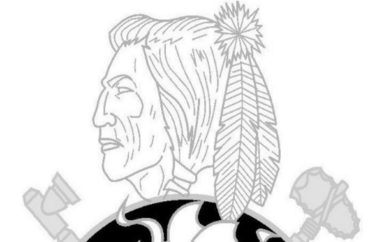 A group of students at Wando High School in South Carolina recently started a petition calling for their campus to scrap its mascot, the “Wando Warrior,” saying it’s racist because white people killed and raped Native Americans.

Native Americans “are people that white people stole from, raped and murdered for their own benefit years ago and pushed to reservations and manipulated today,” the petition states. 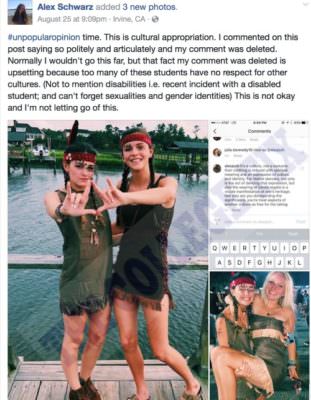 It goes on to argue the Wando mascot is not only racist “in and of itself,” it also normalizes racism in the eyes of children: “Young kids go to these football games or see the mascot and think it’s normal, or that it’s okay. It’s not. It’s racism. It’s normalized. And it needs to come to an end.”

Currently with nearly 500 signatures, the petition has created mixed reactions among students and alumni from the Mt. Pleasant public school.

Alex Schwarz, a member of the Wando community and supporter of the petition, contributed her view on the controversy by sharing a photo on Facebook of students dressed up as “Wando Warriors” and claiming they were engaged in “cultural appropriation.” She added “ too many of these students have no respect for other cultures.”

Schwarz’s post achieved a good deal of attention in the petition comments section, and added fuel to an already fiery debate.

A commenter named Wayne McCoy responded to Schwarz with a 2016 poll from The Washington Post which found that 9 in 10 Native Americans were not offended by the NFL’s Washington Redskins mascot and logo. “I personally don’t see it as a huge issue that we should be fighting,” he added.

Schwarz responded to a College Fix request for comment by saying “Standing up for what I believe in has always been really important to me, regardless of the controversy.”

“Seeing students my age playing dress up with beads and face paint for school spirit was unsettling,” she added. “My opinion was initially dismissed, so I made an effort to get my point across.”

The petition and the attention surrounding it has led to a good deal of pushback from Wando students and alumni, notably student Sam Overman’s counter-petition to keep the mascot. It currently stands at about 5,250 signatures, more than ten times that of the original petition.

Overman’s petition quotes the back of the agenda given to every Wando student at the beginning of the year: “The Warrior is tough in loyalty, intensity, determination, bearing, initiative, endurance, courage and strength of will. The Warrior is frequently called upon to step forward when most gladly step back. Warriors exist on the battlefield and in daily life.”

Supporters of Wando Warrior say the mascot is not a symbol of racism, but one of virtue and pride for students and the school. As such, it also serves to pay tribute to Native American culture.

Wando High School alumna and mascot proponent Lauren Karinshak pointed out that administrators and teachers at Wando constantly tell students to “Walk like a Warrior.” She wrote in a Facebook post that “A Warrior is a warrior, it’s a symbol of honor if anything … our mascot is glorified and is a representative of how we act on a daily basis …”

The College Fix reached out to Wando High School principal Sherry Eppelsheimer but has yet to receive a response. 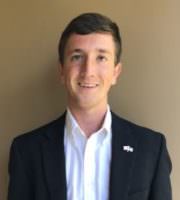