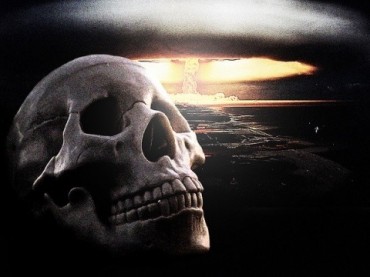 A longtime physics professor promises to pay $10,000 of his own money to anyone who can disprove man-made global climate change.

Dr. Christopher Keating posted “The $10,000 Global Warming Skeptic Challenge!” on his blog earlier this month, and confirmed in an email to The College Fix on Friday that the contest is 100 percent legit.

Keating, an ardent believer in man-made global warming, said he’s not worried that he’ll be out ten grand, because he doesn’t believe anyone can disprove humans are not the cause of global warming.

“Deniers actively claim that science is on their side and there is no proof of man-made climate change,” he told The College Fix in his email. But he called the science proving his beliefs “overwhelming.”

“You would think that if it was really as easy as the deniers claim that someone, somewhere would do it,” he said, adding there’s nothing so far because “it can’t be done.”

Keating, a physicist who has taught at the University of South Dakota and the U.S. Naval Academy, is no fan of people who do not believe climate change is caused by humans. He compares them to tobacco executives of the past who denied a link between lung cancer and smoking.

As for his contest, no entry fee is required, and entrants must be 18 or older to enter. In terms of disproving man-made global warming, he said he’ll take just about any scrap of evidence someone wants to provide.

Dr. Keating said he would be “surprised” if anyone could produce a scientifically sound argument disproving man-made climate change.

“Absolutely!” he stated. “This is not a bluff.”

Each entry will be posted online on his blog along with his comments, and he said he would only succeed in ruining his own credibility and that of climate scientists everywhere if he did not follow through.

“If I am a fraud, then I will be held up as an example of how climate scientists everywhere are frauds,” he said. “So, I am stuck with having to be honest about it.”

According to the blog post, he will be the final judge of all entries and will explain why each entry fails to disprove man-made global climate change.

Comments on his blog so far are cynical about the contest.

“You can’t prove a negative,” stated one.

Another, more lengthy post, called out the educator’s contest as disingenuous, saying “you have strong opinions on the subject and a direct financial vested interest in not awarding the $10,000, wherefore you are the judge in your own cause.”

“Find a retired and manifestly independent judge to assess the evidence independently and you might get some takers. Otherwise, your offer is nothing more than a childishly theatrical but pointlessly pusillanimous stunt.”

To which Keating replied: “If I am not a fair judge, it will be there for all to see.”

But Keating has called so-called climate change “deniers” dishonest, saying in his email they “lie and deceive in order to further their cause” and work to “fool the public into not believing the scientists.”

In his announcement of the contest, he referenced a Drexel University study which claimed that people and corporations that do not believe in man-made global warming donated an average of about $70 million per year – $560 million over eight years – in efforts to debunk the claims, and that much of that money could be traced back to the fossil fuel industry.

“This is serious money and you don’t spend that kind of money unless you really want something,” he said in his email to The College Fix.

He said efforts to clean up greenhouse gas emissions would hurt the fossil fuel industry and is “counter to the beliefs of the very conservative people that believe we should be allowed to operate free of any government oversight.”

As a result they have delayed “any attempts to address the problem of climate change.”

He took to bashing the wealthy in his email, saying the very rich will “keep going the same way they have been” while “the rest of us keep paying them, even when it is against our best interests.”

He has also written a book on the matter: “Undeniable: Dialogues on Global Warming.” This, according to Dr. Keating, is his way to educate people “who aren’t sure what to believe and want to learn more about global warming.”