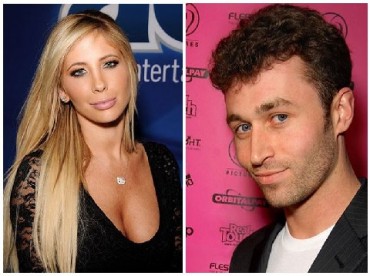 The March 4 workshop featured popular pornographic performers James Deen and Tasha Reign, with the tagline: “Get an inside look into the adult film industry from the stars themselves.”

In documents obtained recently through a California Public Records Act request, The College Fix determined $2,250 in honorariums were shelled out to two panelists.

Deen, currently one of the most popular pornographic performers in the industry, was paid $1,500 for his appearance. Reign, who launched her career as a UCLA undergrad and in 2014 earned a bachelor’s degree in gender studies, was paid $750 for her time, records show.

The use of student government money means the honorariums were paid for using a combination of student fees and taxpayer dollars.

“We had an open conversation on the adult film industry, sex work, intimacy, and safer sex practices, including communication and consent,” stated the two, whose respective groups co-hosted the event.

“Numerous times during the conversation, panelists spoke on the importance of not viewing adult films as ‘education,’ because it can perpetuate unhealthy relationship and sexual habits,” the two stated. “This event is not only appropriate, it is our right as students and responsibility as elected officials to put on educational and entertaining events that reach students from diverse backgrounds on topics that (in the case of Student Wellness Commission) affect their health.”

The two commissioners initially refused to disclose the cost of the event to The College Fix. The amount was only revealed this month through a California Public Records Act request.

The event, which was posted on EventBrite, appears to have sold out. The panel was hosted in Moore Hall 100, the largest lecture hall on campus with a capacity of 419, according to the UCLA website.

Pardes Seleh, a student at UCLA, told The College Fix that she believes “using college tuition to pay for pornography is both corrupt and irresponsible on the school’s part, especially under the false advertisement of ‘combating sexual violence.’”

Rodgers added there are “1,100 student organizations on campus that host thousands of events with a wide variety of topics every year.”

College Fix reporter Jacob Kohlhepp is a student at UCLA.