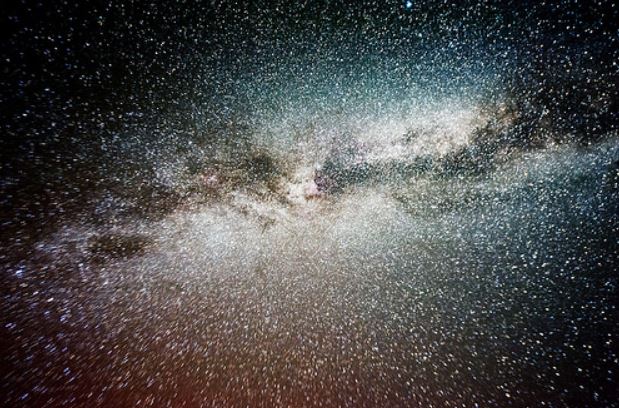 In a case that has made national headlines, a public university is investigating a professor’s objectivity after receiving a complaint from an anti-religion advocacy law firm that the educator’s science course, which probes whether there is an intelligent being behind the formation of the universe, is not teaching – but rather preaching.

The nonprofit Freedom From Religion Foundation contends the course violates the Constitution because it’s being used to “proselytize students and advance Christianity by using gaps in scientific knowledge,” according to a May 15 letter the group sent to the president of Ball State University, where the course is taught by physics Professor Eric Hedin.

“He’s not presenting any other side of the argument except that Christianity is correct and that science proves Christianity correct, and that is very problematic at a public university,” Andrew Seidel, attorney for the Freedom From Religion Foundation, said about Hedin in an interview with The College Fix.

The complaint prompted a wave of scrutiny on Ball State, a public research university in Indiana. In recent weeks, dozens of articles across the country have been written on the subject, including from atheists and academics who question the course’s motives, as well as by scientists and educators who back intelligent design theories.

Many have also called the issue a matter of academic license.

“What’s really going on here with Seidel is his own hostility to religion in general and Christianity in particular is blinding him to a need for intellectual openness and fairness in the presentation of some profound philosophical debates,” said Peter Wood, president of the conservative National Association of Scholars, in an interview with The College Fix.

Wood, who spoke with The Fix on his own personal behalf and not for NAS as a whole, said he sees the Ball State matter as an issue of intellectual freedom.

Wood added that Seidel’s letter to Ball State does not present an issue where the course transgresses against the basic principles of research and expression.

In regard to Seidel’s argument Hedin’s course violates the Constitution, Wood said there appears to be no grounds to substantiate that in a court of law.

“I view this as either as a bit of bluffing on the part of Mr. Seidel, or if he believes in the accuracy of his own assertions, he is sadly mistaken,” Wood said.

The class in question is called “The Boundaries of Science,” and its syllabus details the course objective as examining topics that “provide examples of (human) existence that may lie outside the boundaries of human science.”

It concludes by stating the topics will “then be considered for their implications relating to the significance and value of human life, and as possible indications of the existence of God.”

According to Seidel, Freedom From Religion Foundation was contacted in late April by a complainant directly impacted by Professor Hedin’s course.

Seidel said the organization was able to independently verify the complaints and has had people confirm the allegations made in the letter. He said Ball State has agreed to investigate the matter and determine what action is appropriate.

The letter asks the university to, at a minimum, cancel the class.

Seidel declined to state who lodged the initial complaint.

“Frequently, in the state-church complaints, because the majority of the people in this country are Christian, there’s typically a sense of Christian entitlement when things like this are challenged properly under the Constitution,” Seidel said. “The backlash can also be severe.”

Hedin and Ball State campus officials declined to comment for this story.