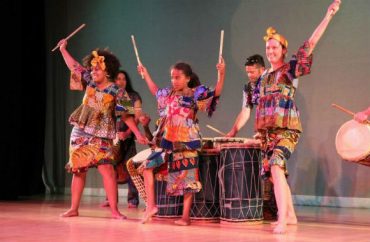 If you’re nonwhite and you want to get into Princeton, start talking and acting like right-thinking white people think you should act.

BuzzFeed News published documents from the federal government’s investigation into Princeton’s admissions practices, commenced in response to complaints from Asian-American applicants that the Ivy League school discriminated against them. (Princeton is suing the government to prevent the release of more.)

Not only did admissions officers refer to Asian-American applicants as all looking the same on paper and having no distinguishing activities, but they seemingly penalized students of other ethnic backgrounds for not acting ethnic enough:

Of a Hispanic applicant, an admissions officer wrote, “Tough to see putting her ahead of others. No cultural flavor in app.” Of a black student, another said, “Very few African Americans with verbal scores like this.” …

“Were there a touch more cultural flavor I’d be more enthusiastic,” one officer wrote of a native Hawaiian/Pacific Islander. …

“Nice essays, sweet personality,” one admissions officer said of a multiracial applicant. “Bi-racial but not [National Hispanic Recognition Program] and no recognition of her [background] in app by anyone.”

This all rings true to Warren Meyer, a Princeton grad who has written that he quit interviewing applicants for the school because he was tired of giving them “BS” canned answers when they got rejected:

I felt like I was being asked to lie if I told Asian kids they did not face discrimination in the process. …

One merely has to look at the percentage of kids with Asian heritage at Princeton and compare it to universities like Berkeley that have color-blind admissions systems.

Analyzing the documents BuzzFeed News obtained in light of his own experience, Meyer writes that “the admissions department has very particular attitudes about race and ethnicity”:

It appears that race does not “count” if the student involved hasn’t done something to highlight their race.  Or put another way, the admissions folks seem to be penalizing minority candidates for not obsessing about their race. …

I am guessing these are all code words for, “we don’t see any race-based activism in this person’s past.” So we only want kids who obsess about their race and ethnicity, and perhaps act really angry about it.  We don’t want African-Americans or Hispanics or Native Americans who just seem like normal, reasonably happy, well-adjusted smart kids.

Conventional wisdom on how to get into selective schools has ranged from playing an instrument to weird hobbies (“there was a wave of kids who clogged or practiced falconry”), Meyer says, and now the surefire bet is to show what an angry minority you are:

I wonder if we are not going to see a wave of private high schools riven with racial strife and activism because kids will feel like the only way their ethnicity will “count” at an Ivy League school is if they take over the headmasters office.