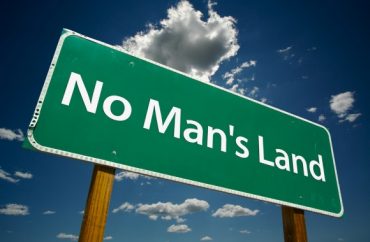 The Princeton University HR department has largely wiped the word “man” from its vocabulary.

The relatively new policy in effect at the Ivy League institution spells out the directive in a four-page memo that aims to make the department more gender inclusive.

Instead of using “man,” employees are told to use words such as human beings, individuals or people. Other guidelines? Instead of “man and wife” use spouses or partners. Switch out “man made” with artificial, handmade or manufactured. Don’t use the verb “to man,” as in to work something, instead use to operate or to staff. Throw out workmanlike and replace it with skillful.

The memo goes on to list a variety of occupations that typically include the word “man” in them and offers replacements: business person instead of businessman, firefighter instead of fireman, ancestors instead of forefathers, and so on.

“Consistent with style guidelines issued by Princeton’s Office of Human Resources and Office of Communications, and as endorsed by the Institutional Equity Planning Group as a preferred University practice, HR has developed these gender inclusive style guidelines, to be utilized by all HR staff members in HR communications, policies, job descriptions, and job postings,” the memo states.

In a statement to The College Fix, John Cramer, Princeton’s director of media relations, said the guidelines “reflect the university’s initiative of fostering an inclusive environment.”

While Princeton’s language policy for its Offices of Communications and Human Resources, Princeton’s LGBT Center also offers a guide on various gender pronouns for those who identify as “transgender, genderqueer, and other gender-variant,” suggesting “ze, zie and hir,” “they and theirs,” and “Ey, em, eir and emself.”

Many universities have also encouraged the campus community as a whole to use of gender neutral or gender inclusive language.

Last year, the University of Tennessee’s Office for Diversity and Inclusion suggested students use the pronouns ze, xe, hir, hirs and zirs, along with others, for those who don’t identify with a particular biological sex. The University of North Carolina at Chapel Hill’s Writing Center developed an exhaustive list of words that contain potentially biased or offensive implications, such as businessman, policeman, and even freshman, so that students might avoid using them in their writing.

Such policies regarding gender language have concerned free speech advocates.

Marquette University’s Writing Center wrote a policy similar to UNC Chapel Hill’s, and it implies that those who do not abide by it may face consequences.

“When you are writing about people in general, many of your professors will expect you to use ‘inclusive’ or ‘nonsexist’ language, that is, gender neutral language,” Marquette’s website states, adding that many people find non-neutered language “not only inaccurate but offensive.”

Concerns about whether or not students would see their grades suffer for not following its guide in classwork and common speech caused Tennessee’s Office of Diversity and Inclusion to issue the following statement: “We recognize that most people prefer to use the pronouns he and she; we do not dictate speech. We do strive to be a diverse and inclusive campus and to ensure that everyone feels welcome, accepted, and respected.”

Cramer clarified Princeton’s policy in a similar way, saying “these are guidelines issued by HR, developed in cooperation with Institutional Equity Planning Group for communication and job postings. Students are not mandated to follow this policy.”