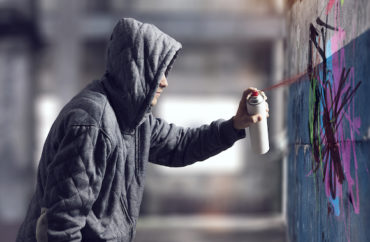 Graffiti sharply critical of Title IX appeared on Princeton’s campus, with some university officials expressing fear that the vulgar messages may dissuade students from using the service.

A vandal or vandals scrawled “Fuck Title IX” and “Title IX protects rapists” on a statue in Princeton’s on-campus Prospect Gardens, The Daily Princetonian reports. The university quickly moved to erase the messages upon learning of them, according to the paper.

The graffiti incident “follows multiple incidents of vandalism on campus bathroom signs listing resources on campus for survivors of sexual and interpersonal violence,” according to The Princetonian.

The school’s Title IX office declined to comment on the harsh criticism, though several other campus officials voiced concern that the messages might lead some students to avoid the Title IX office at Princeton:

In an email to the ‘Prince,’ [Sexual Harassment/Assault Advising, Resources & Education] director Jackie Deitch-Stackhouse expressed concern that “the person writing these messages has experienced significant harm, either personally or indirectly on behalf of someone close to them,” and also explained, “comments of this nature may dissuade people from initiating a Title IX complaint and reduce access to an administrative process that would otherwise be a viable course of action for them.”

Speaking “as a campus advocate,” Deitch-Stackhouse wrote that she hoped to hear more from the individual who wrote the messages “to see if there are some process, procedure, or policy modifications that can be made to improve the system.”

According to Leary, the incident “brings into sharp relief the absence of avenues through which survivors can share negative experiences with Title IX.”