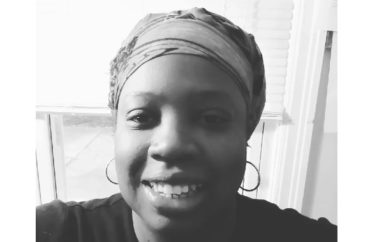 Princeton University will offer numerous nonsense courses next spring, with the African-American studies department taking the cake for the least academically serious classes, followed-up in a close second by gender studies.

New spring courses include “Body Politics: Black Queer Visibility and Representation” where students will “examine Black LGBTQ+ representation across various media” and “consider what queer theory has to say about identity formation, spirituality, space making, resistance, and definitions of freedom.” The course will be taught by Gabrie’l Atchison (pictured), a self-described “Black Feminist theologian.”

“A History of Intellectual Appropriation of Blackness” will “analyze the historical connection between intellectual erasures, racialized enslavement, and colonialism.”

“This course will also closely examine Blackfishing, the memeification of Black celebrities, and the intellectual appropriation of Black emotionality and struggles,” according to the class description. “Blackfishing” refers to white celebrities who adapt what is considered black culture in the way they dress and act. This might include wearing cornrows or tanning so the skin appears darker.

Bruce Jenner’s daughters and stepdaughters are often accused of “blackfishing.”

In the course titled “Black Speculative Fiction and The Black Radical Imagination,” students “will engage the archive of contemporary Black speculative fiction and Black studies scholarship to interrogate the possibilities and limits of the Black radical imagination as it appears in fantasy, horror, graphic fiction, and other genres.”

Students intent on wasting the opportunity to attend an Ivy League university might consider adding a second major in gender studies.

In addition to the cross-listed “Black Queer Visibility” class, gender studies majors can take a course on “Masculinities.”

“We draw on anthropology, history, critical theory, gender studies, and media to explore the processes and relationships by which men craft gendered lives,” the course description promises. “Rather than defining masculinity as biological trait or fixed object, we examine how men’s life stories and prospects are shaped by social scripts, political-economic forces, labor regimes, and ethical norms.”

Gender studies majors can also learn how female photographers fought fascism by taking pictures. “Fascist Aesthetics: Women & Photography between the World Wars” will help students explore questions like “How have female practitioners challenged and/or contributed to the rise of fascist regimes in their respective contexts?” and “What can examining and reevaluating their work teach us about the aesthetic force of complacency, complicity, and resistance?”

Students will “attempt to think critically about the unique roles they played in crafting and critiquing fascist visual culture in Europe and abroad.”