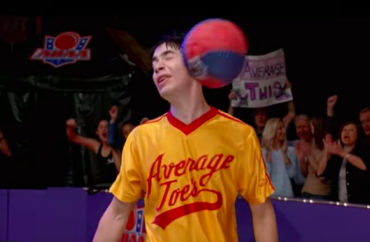 Having spent a career in education, I’ve pretty much seen and heard it all when it comes to criticism of the profession. One of the most common complaints is the lack of rigor — or the copious quantities of nonsense, if you prefer — associated with advanced degrees in the field.

Case in point: A curriculum and pedagogy professor from the University of British Columbia will present a paper (on behalf of herself and two colleagues) at the Congress of the Humanities and Social Sciences which argues the classic game dubbed “dodgeball” is “miseducative” and even “oppressive.”

The National Post got a hold of Professor Joy Butler and company’s paper abstract, and, well, the eye-rolling just gets better:

As we consider the potential of physical education to empower students by engaging them in critical and democratic practices, we conclude that the hidden curriculum offered by dodgeball is antithetical to this project, even when it reflects the choices of the strongest and most agile students.

The “hidden curriculum” of dodgeball includes social theorist Iris Marion Young’s “five faces of oppression”: marginalization, powerlessness, helplessness, exploitation, and cultural domination. Educators, primarily physical education teachers, are “part of the problem” by using dodgeball in their classes as they’re “not acting on values they otherwise understand and claim to hold.”

“Despite the fact that many physical educators understand their vital role in helping students develop robust, equal, productive relationships and critical awareness, their practices on the ground do not always reflect this agenda,” the presenters write. “We suggest that this tension becomes sharply visible in the common practice of allowing students to play dodgeball.” …

By offering models of good and caring behaviour, confirmation of their value, and practice for incorporating them into one’s own life, games can be training for the virtuous life, said David Burns, professor of educational studies at Kwantlen Polytechnic University, who contributed the parts of the presentation that refer to Aristotle’s philosophy of ethics.

Fun for fun’s sake is good, Burns said, but when a teacher is formally telling students rules for a game, fun can also reinforce behavioural patterns, for good or ill. The moral problem with dodgeball, he said, is that it encourages students to aggressively single others out for dominance, and to enjoy that exclusion and dominance as a victory.

Though some (American) schools have banned the game, the professor thinks this is insufficient: She wants teachers to share her view on why the game is a bad idea … to “start paying attention to the kids cowering in the back rather than catering to their classmates ‘with the loudest voices’ who take pleasure in picking off human targets.”

Maybe it’s just me, but  when playing dodgeball back in the day my friends and I would always go after the best athletes first — so as to get the greatest threats out of the way. Sort of like a “dodgeball EMP.”

An online poll by the Vancouver Sun shows that over 86 percent of respondents do not want dodgeball banned in schools.