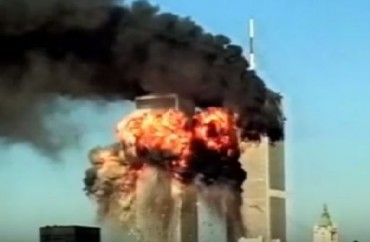 Scholar: 62 people in U.S. killed by Islamic terrorists for every one killed by right-wing extremists

Professor Andrew Holt of Florida State College at Jacksonville recently published his analysis that discredits the widespread sentiment that right-wing attackers are the deadliest domestic terrorists in the U.S.

“If you include the death totals from 9/11 in such a calculation, then there have been around 62 people killed in the United States by Islamic extremists for every one American killed by a right wing terrorist,” Holt stated in his analysis.

Holt’s analysis points out numerous flaws in the highly cited study released in 2015 by New America Foundation, which claimed 48 deaths in the U.S. were due to “far right wing attacks” while only counting 45 deaths due to “violent jihadist attacks.”

The study’s findings were not only touted by many major news outlets across the nation as proof that fears over radical Islamic terror in the U.S. are overblown, but the findings are also used today in some college classrooms as an example of Islamophobia.

But, Holt points out the foundation’s findings are based on flawed data sets.

For one, the foundation did not count the deaths on Sept. 11. Secondly, it did not factor in extraordinary security measures, such as the Patriot Act and the creation of Homeland Security, put in place after 9/11 that prevented a large number of attempted attacks by Islamic terrorists on American soil.

Moreover, the foundation’s count does not recognize “the disproportionately high number of attacks by Islamic extremists in the United States, who, even after excluding the victims of 9/11, are still responsible for around 50 percent of the total number of deaths due to extremism, even though Muslims only account for around 1 percent of the total U.S. population,” Holt states.

Underscoring all that, Holt said the foundation’s count ignored more than a half-dozen examples of radical Islamic terrorism deaths in the U.S.

One of the most glaring omissions, he noted, is the 2002 D.C. Beltway snipers John Allen Muhammad and Lee Boyd Malvo, who admitted to authorities that they were inspired by Osama bin Laden and sought to set up a terrorist training camp.

“Indeed, on April 22, 2005, the Virginia Supreme Court affirmed [the] death penalty on the basis that Muhammad had committed an act of terrorism,” Holt stated. “Together, Muhammad and Malvo killed at least ten people. Yet [the foundation] does not list their victims among those under the category of ‘violent jihadist attacks.'”

“If we add Muhammad and Malvo’s victims to the total number of Americans killed by Islamic extremists since 9/11, then the number killed rises to 55, a total higher than the 48 deaths they attribute to right wing extremism.”

Holt added additional deaths due to Islamic terror in the U.S. are not counted by the foundation, including:

In June of 2006 in Denver, a man shot four of his co-workers and a swat team member, killing one. He later claimed he did it because it was “Allah’s choice.” In December of 2009 in Binghamton, a Saudi Arabian graduate student named Abdulsalam S. al-Zahrani killed Richard T. Antoun, a non-Muslim Islamic studies professor who served on al-Zahrani’s dissertation committee, in revenge for “persecuted” Muslims. Prior to the killing one of al-Zahrani’s roommates tried to warn the university administration that he had been acting “like a terrorist.” In 2012 in Houston, in two separate incidents in January and in November, two people were shot to death by a Muslim extremist for their roles in his daughter’s conversion to Christianity. In March of 2013 in Ashtabula (Ohio), a Muslim convert walked into a Christian Church during an Easter service and killed his father, claiming it was “the will of Allah.” In August of 2014 in Richmond (California) killed an Ace Hardware employee by stabbing him seventeen times, claiming he was on a “mission from Allah.”

In an email interview with The College Fix, Holt emphasized that any extremist attack is disturbing and must be condemned, adding “my comments are not intended to discount the very real suffering of victims of right wing terror.”

Nevertheless, Americans have been misled by the foundation’s study and deserve an accurate picture, Holt said.

“The study has been widely reported in the mainstream press, and those reports have been widely shared on social media, often cited as evidence for the surprising claim above,” Holt told The College Fix. “… But the reality is that if you include the deaths from 9/11, then the raw and ugly numbers show that over the last 15 years more Americans have died as a result of Islamic extremism than right wing extremism by an extraordinarily lopsided ratio of more than 62 to 1.”

“Moreover, even if you exclude the deaths of 9/11 for some reason, but do not apply the very limiting parameters used in the New American study, then you still get a higher number of total U.S. deaths from Islamic extremism than from right wing extremism.”

Asked whether he is concerned his colleagues or other experts may refute his analysis by calling it racist or discriminatory, Holt replied that while he sometimes worries about how his comments can be interpreted, he is not the only academic concerned with the claim right-wing extremism is more dangerous than radical Islam in the U.S.

“I have a number of academic colleagues with similar concerns when commenting on sensitive topics like the relationship of Islam to modern terrorism,” Holt told The Fix. “…Obviously, not all terrorists are Muslims, and I have known many Muslims whose views of Islam are compatible with western values. Moreover, the evidence shows that a majority of Muslims reject the methods of groups like the Islamic State and Al-Qaeda.”

“Yet to acknowledge that the Muslim world is particularly struggling with the issue of terrorism, on a much greater scale than adherents of any other religion, is not racist or discriminatory if it is based on the available evidence.”

Holt has expansive research in the areas of medieval history, the crusades, and the Middle East in present day, and has also tracked the rise of ISIS for the last 18-plus months. Holt has also co-edited two books on the crusades, including one that focuses on modern myths of the crusading movement, and he recently completed a three-volume encyclopedia focused on pivotal events in religious history that is slated to be published in late 2016.