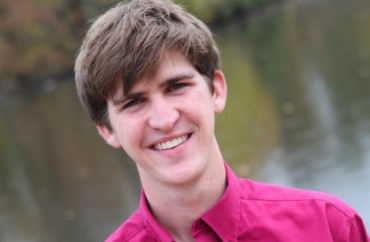 “Don’t take this class if you believe the Bible is inspired or infallible.”

That was how a professor at UC Berkeley had launched his “Jewish Civilization I: The Biblical Period” course, a class in which a stunned doctoral student David Kurz sat.

“This stuff isn’t taught in synagogues or churches because they don’t want to piss people off,” the professor had continued. “… Anyone can take this class, as long as you play by the rules of the game. … If you disagree with the approach we use, that’s an F.”

Kurz — who earned his bachelor’s degree in ecology and evolutionary biology from Princeton University and master’s degree in biological science from the University of Cambridge — was shocked at the professor’s declaration.

Kurz decided to challenge the professor:

I politely peppered my professor with questions to try to better understand his intellectual paradigm. Just to be clear, there is a correct answer you want us to accept, I asked. “Correct.” What about rigorous biblical scholarship claiming, for instance, that Moses did, in fact, write the vast majority of the Pentateuch? “That doesn’t exist.” It does, I argued. “I don’t want people who are going to disagree with me all semester,” he repeated. I thought a university was an environment in which multiple viewpoints and debates were encouraged, I countered. “Not in this classroom” came the maddeningly smug response.

After the class, I was left shaking my head, a mixture of indignation, sadness, confusion and frustration exploding inside me. As I packed up my things, other students came over to me and thanked me for my questions, explaining that they, too, were upset about the professor’s overly harsh attitude toward religion and religious students. We all felt the arrogance of the professor and the injustice of the situation, but did not know what to do about it.

What Kurz ended up doing about it was drop the class, he told The College Fix in a recent email interview. The exchange between Kurz and the professor took place in Sept. 2014 and was chronicled in an op-ed The Daily Californian campus newspaper in Sept. 2015.

Today, Kurz continues to work toward his environmental science, policy and management doctorate at UC Berkeley. Looking back on the incident, he told The College Fix last month, it remains one of the most outright and aggressive examples of discrimination he has ever faced from a professor.

“It would have been such a stimulating experience to participate in a class on this subject that gave fair and earnest treatment to the full spectrum of academic perspectives on early Jewish texts,” said Kurz, 25. “Given the freedom to consider and compare arguments made by both secular and religious scholars, other students and I could have cultivated civil dialogue and mutual respect despite differing fundamental convictions.”

“However, as is too often the case in modern universities, the class was taught by a narrow-minded professor who prioritized the propagation of his own views over the intellectual exploration of his students.”

Kurz (pictured) said he’s faced subtler forms of bias over his college career as well, such as jokes about conservatives and Christians, unnecessary anti-religious comments in lectures, and statements to the effect that a secular or liberal viewpoint is the only reasonable perspective one could have.

Indeed, students with conservative political and religious perspectives typically encounter discrimination through one of two forms: either outright anti-religious and anti-conservative attitudes and comments, or a skewed and limited presentation of academic ideas that excludes scholarship seen as overly conservative or religious, he said.

“Unfortunately, it is very easy for these two related, but distinct, issues to be conflated,” he said. “I saw this with the response to my article: many readers ignored my point about academic freedom (i.e. the second category of discrimination), instead choosing to paint my critique as an expression of religious fundamentalism.”

Kurz, as an example, pointed to his professor’s rebuttal, which stated in part: “Academic inquiry is a different kind of discourse than confessions of faith. It has its own standards of evidence and inference, which sometimes clash with the doctrines of orthodox religious communities. Despite this friction, the standards of academic discourse are as essential to religious studies as they are to physics, evolutionary biology and geology — all of which also are inimical to fundamentalist doctrines.”

Kurz, in his email to The College Fix, noted that “commenters are correct that academic diversity does not mean that blind or ignorant confessions of faith ought to be considered academic scholarship, but they are missing the major point that whole categories of legitimate academic scholarship ought not to be automatically disregarded at the outset merely because they have fallen out of favor with the liberal establishment.”

“I would encourage students to be painfully clear in how they talk about the forms of discrimination they face in the academy. Doing so will help them avoid (to a degree) being pigeonholed and dismissed,” he said. “Also, I would encourage them to go out of their way to be civil and respectful in the way they express their frustration with domineering professors; it is fine to be outraged and passionate, but the message is even more powerful when you fight clean rather than sinking to the level of the professors who have mistreated you.”

“Finally, when possible I would encourage tough-skinned students to stick it out and stay in classes where they might be uncomfortable. They could still learn a lot in these classes and potentially, by thinking carefully about alternate views, even understand their own views more fully. In my case, it was so bad that I dropped the class, but in another situation I might have stayed.”

“It is hard to hold unpopular views in many of today’s universities, but the most important thing is to be faithful to yourself – what you know is true, and your personal standards of character,” Kurz concluded.

“I love the university context and there is so much good that happens through research and teaching at academic institutions. I just hope and pray that a diverse palette of perspectives can be expressed freely and that truth can be investigated unfettered in universities around our country and world.”