All you dog and cat lovers out there beware — now the climate alarmists have you in their sights.

UCLA professor Gregory S. Okin’s recent research says that the popular household pets “create the equivalent of 64 million tons of carbon dioxide per year based on the energy consumption required to produce their food,” or the equivalent of driving 13.6 million cars.

The Washington Times reports that although Okin is not recommending people ditch their dogs and cats, he says “I do think we should consider all the impacts that pets have so we can have an honest conversation about them.

“Pets have many benefits but also a huge environmental impact.”

As a solution, he advocates we homo sapiens move to keeping animals like … hamsters, reptiles and birds as pets. 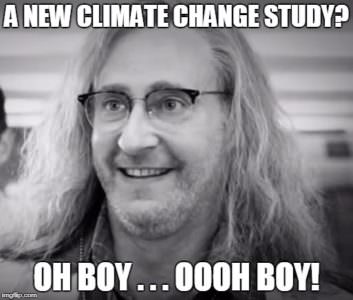 The study comes with livestock, notably cows, already targeted by the environmental movement for their prodigious methane production, prompting calls for people to reduce their beef consumption in order to reduce greenhouse-gas emissions.

While Americans have long been known as the world’s biggest pet lovers, other countries are following suit as they become more affluent.

“Americans are the largest pet owners in the world, but the tradition of pet ownership in the U.S. has considerable costs,” Mr. Okin said in his Aug. 2 paper, published in PLOS One. “As pet ownership increases in some developing countries, especially China, and trends continue in pet food toward higher content and quality of meat, globally, pet ownership will compound the environmental impacts of human dietary choices.”

What’s the answer? Mr. Okin suggested making the transition from dogs and cats to smaller animals including hamsters, reptiles and birds, or herbivores such as horses. …

[Nil Zacharias, the founder of the digital media company One Green Planet] said it’s possible to mitigate the impact of meat-eating pets by giving dogs plant-based treats, such as sweet potatoes, which he does with his dog and “she loves it.”

At the same time, he said, “you have to be responsible when it comes to feeding your dog or cat.”

Okin is merely the latest killjoy when it comes global warming/climate change. The Times article mentions a Swedish study recommending having fewer children as a climate change remedy, echoing Travis Rieder of Johns Hopkins’ Berman Institute of Bioethics who a year ago proposed not having children to thwart a global warming apocalypse.

MORE: Cal State prof: Trump shouldn’t be allowed on Twitter due to his climate change views