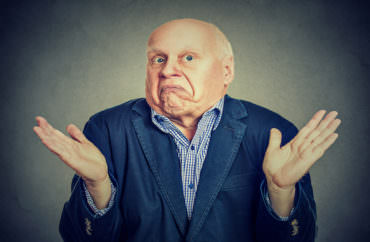 A controversial college instructor recently suggested that mass shootings committed by white men are due to a “victim complex,” and that the “power structure” of “whiteness” causes such men to “lash out” and commit these massacres.

“When you see these cases of sort of mass—this shocking mass brutality,” asked professor George Ciccariello-Maher at Democracy Now, “what is it that makes white men so prone to this kind of behavior? And what might be going on today in our country, in which people are stoking a sort of victim complex among white men?”

“Whiteness,” the instructor lamented, “is never seen as a cause, in and of itself, of these kinds of massacres, of other forms of violence, despite the fact that whiteness is a structure of privilege and it’s a structure of power, and a structure that, when it feels threatened, you know, lashes out. And so, that’s the kind of thing that we really need to think about…”

Ciccariello-Maher generated controversy in the past when he spoke favorably about “white genocide,” or the ethnic extermination of white people. Ciccariello-Maher has also openly advocated that a police officer be “done like Old Yeller,” an insinuation that the officer should be shot.

The instructor was placed on leave by Drexel earlier this fall. He recently wrote in The Washington Post that Drexel fell under the influence of “the outrage machine.” Cicariello-Maher promised to take “all necessary legal action to protect my academic freedom, tenure rights and most importantly, the rights of my students to learn in a safe environment where threats don’t hold sway over intellectual debate.”