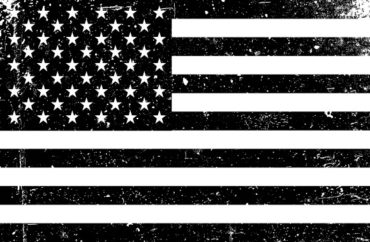 A Bryn Mawr College professor argues that America is “only for white people.”

Wilson said people of color are told by white U.S. citizens: “Don’t ask for too much, be happy that you’re allowed to be here, don’t make a ruckus, don’t say anything, don’t have a brain, don’t learn, don’t do any of those things.”

The scholar said she is not being facetious, “that is the truth.”

Wilson is a scholar of race and its intersection with education, according to her bio. She is author of “Building Courage, Confidence and Capacity in Learning and Teaching Through Student-Faculty Partnership,” a book on student and faculty classroom collaboration.

During the podcast, Wilson also mentioned that she views America as a failed experiment, due to her view of how races other than white go underserved in the country.

“We have people who recognize that none of this works for your average ‘American citizen.’ It doesn’t. So why wouldn’t we try something new? This whole experiment is failed. Their experiment has failed,” she said.

At one point during the podcast its host, Samantha Goldman, said: “I don’t think there can be redemption until there is no America.”

Professor Wilson’s comments were part of a 46-minute podcast in which she defended the right to teach critical race theory, the interdisciplinary study of race and laws, in schools, among other race-related topics.

Her claims come as a World Values survey from June found that the United States is among the most racially tolerant nations in the world.

She did not respond to a request for comment from The College Fix as to whether she stands by her claim given this data.

Wilson has led forums that teach other educators how to inject critical race theory into their classrooms, such as a series in the spring at the University of Kansas on “Revolutionizing Academia: Engaging Anti-Racism and Restructuring Curricular Practices.”

Education watchdog @MythinformedMKE on Twitter took note of how the scholar’s comments came as part of a pro-critical race theory podcast to argue the theory “is fundamentally anti-American.”

A pro-CRT professor of education at Bryn Mawr, states America “is only for white people” and is a “failed experiment”.

Some commenters disagreed with Wilson’s argument.

“Funny how thousands upon thousands of immigrants are risking everything to get in then. Haven’t they heard what a hellish place it is?” one poster noted.

Bryn Mawr did not respond to emails from The College Fix as to whether Professor Wilson’s views are representative of the views of the college at large.