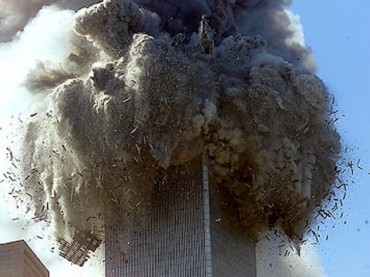 How would you define al-Qaeda? Most would use the word “terrorists.”

But here is my professor’s stab at it: “The Al Qaeda movement of Osama bin Laden is one example of an attempt to free a country (in this case, Saudi Arabia) from a corrupt and repressive regime propped up by a neocolonial power (in this case, the United States).”

That’s word-for-word from his own textbook, “The Other World: Issues and Politics of the Developing World, Ninth Edition.” Here is the full quote in context:

“Much of the political instability endemic to Other World political systems stems from the fact that governments operated openly for private gain (or kleptocracies) have little legitimacy among, or acceptance by, a significant proportion of the population, in neo colonial times as in the past. The Al Qaeda movement of Osama bin Laden is one example of an attempt to free a country (in this case, Saudi Arabia) from a corrupt and repressive regime propped up by a neocolonial power (in this case, the United States).” *

There’s a lot of talk among higher education circles about how professors “indoctrinate” students with leftist, socialist viewpoints – how they take students who may not know much about a subject and teach a one-sided, biased course, creating  like-minded minions who may even take action for professors’ pet causes.

Allow me to tell you about a quintessential course I just took which proves out that generally agreed-upon understanding about the modern college experience: World Food Systems at Cal Poly San Luis Obispo. It’s the class in which we used “The Other World” textbook, co-authored by the same scholar who taught the course: Emmit B. Evans, Jr.

It fulfills either a political science or elective requirement, and I enrolled during the fall semester.

I can sum it up as follows: Big Oil and greedy capitalists are the reason for the war in the Middle East, the reason Global Warming is (not might be) destroying the planet, and the reason why a new world order based on equality and fairness must emerge.

It’s also the reason we, as students, must rise up and take action against these evils.

Oh yeah, and al-Qaeda is just a bunch of freedom fighters.

With that, Cal Poly Professor Evans – a funny professor with a lot of interesting things to say – liked to talk about hot-button issues like climate change, the Iraq War, Iran and oil.

I found the course to be very thought-provoking. These issues should be discussed in a college class. But Evans only showed the liberal side of each issue. While I enjoyed the class, I would have liked to have heard counter arguments.

Climate change was a recurring theme throughout the course, but not once was the notion that climate change isn’t man-made ever raised.

Evans even showed us a lengthy clip from Al Gore’s documentary “An Inconvenient Truth,” but never mentioned it can’t be shown in the U.K. without acknowledging that 11 different scenes are factually incorrect.

He assigned us readings from the far-left environmental activist Bill McKibben to highlight what he viewed were the dangers of man-made climate change. But nary a word on how there are legitimate arguments that climate change is not man-made, including reports that say that say it is caused by sunspots rather than by CO2.

Oil was another recurring theme, and my professor left me and my peers with the impression that oil production causes nothing but pollution and wars because the planet will soon run out of the commodity.

Nevermind that studies show the U.S. has enough oil and natural gas to last more than 500 years; that wasn’t mentioned. Instead, Evans told us the Iraq war, the one launched after the Sept. 11 terrorists attacks, was started over oil.

C’mon. Even far-left politicians like Barbara Boxer, Barack Obama and Ted Kennedy – who were critical of the war in Iraq – never once referred to it as a war over oil.

But I recall one test question that even asked what the cause of the war was, and the correct answer was “oil.”

Evans also never brought up that Saddam Hussein violated U.N. resolutions and harbored terrorists, both among the arguments for invading Iraq.

There was no love-loss between Professor Evans and President George Bush and Vice President Dick Cheney, two politicians he frequently threw under the bus.

Another doozy from his textbook? Conservatives view the poor as “poor because of shortcomings within themselves, often considered to stem from race, gender, or class.”

So, no surprise: One day last fall Professor Evans let a Covered California representative talk in class for 20 minutes about the Affordable Care Act, a speaker who tried to convince us Obamacare is a great thing and we should all sign up.

(This had absolutely nothing to do with the syllabus, nor was it on the final exam, thankfully.)

At this point, are you thinking what I am thinking? The class is called “World Food Systems.” When do we talk about food? It came up here and there. We learned corn ethanol damages the environment, genetically modified food is an abomination, chemicals in food hurt humans, topics such as that.

Our professor also liked to disparage big corporations for taking government subsidies, and for poisoning the population with chemicals like BPA.

At the end of the course, we were taught how to affect change for all these alleged ills: he touted microlending and socialistic policies. He praised the occupy Wall Street movement, the Arab Spring, and protests to raise the minimum wage as examples of positive change movements.

If I were to have come into that course without any political leanings or knowledge on these issues, I would have likely walked away believing businesses are greedy and evil and people just pollute the Earth.

After my grade was recorded in my transcripts, I emailed Professor Evans to ask him about the slant in his class. He did not deny it.

“This focus drives the content of the course: from an examination of how systems work and what makes them stable, to how current food systems work, to what more sustainable systems might look like, and to how current systems might be changed to be more sustainable,” he stated. “It would seem difficult to justify teaching the other side of this focus – exploring how we might build more unsustainable food systems.”

“Course evaluations sometimes include comments similar to yours, which encourage us to make the goals and focus of the course as explicit as possible. I’m sorry if I didn’t accomplish that as well as I could have in your case, but am pleased you didn’t un-enjoy the class!”

Fair enough, but his slant does a disservice to Cal Poly students, and in my mind it rises to the level of academic malfeasance.

*‘The Other World’ textbook was co-authored, but the citation comes from a section Evans penned and assigned as reading.