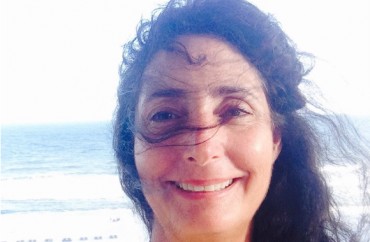 A Louisiana State University professor who was fired for using swear words and making sex jokes in front of students is suing the administration.

LSU had said Teresa Buchanan, an early-childhood education scholar with tenure, violated sexual-harassment rules with her behavior, which included “verbal abuse” and “intimidation.”

The Foundation for Individual Rights in Education is representing Buchanan in her federal civil-rights suit, which alleges that President F. King Alexander and three other administrators infringed upon her free speech and due process rights when they fired her in June. It’s part of FIRE’s Stand Up For Speech Litigation Project.

Hours after Buchanan filed her lawsuit, the LSU Faculty Senate debated a resolution sponsored by 32 members asserting its dedication to principles of free speech and academic freedom. The Senate had earlier censured Alexander and other top administrators for the firing – “one step short” of a no-confidence vote.

RELATED: Cussing professor fired because students complained she was too hard on them, she says

It said Buchanan’s speech “involved a matter of public concern insofar as she employed a pedagogy for training student teachers for the rigors of providing educational services to communities that may use profanity in common expression, express hostility in interactions with teachers, or express sexual diversity.”

The professor’s interest “in training elementary school teachers outweighed the university’s interest in forbidding the occasional use of sexual and profane language by its faculty,” reads the lawsuit.

“These basic First Amendment principles cannot be cast aside simply by labeling speech as ‘harassment” or “discriminatory,’” according to the suit, which sees injunctive relief, damages and attorneys’ fees.

A 20-year veteran of LSU, Buchanan was informed in December 2013 that she would not be allowed to teach during the following semester because of hazy allegations that she had made “inappropriate comments” while teaching her classes. In May 2014, she was told by LSU’s Office of Human Resource Management that she had violated the school’s sexual harassment policy, which defines sexual harassment as “unwelcome verbal, visual, or physical behavior of a sexual nature.”

Following the charge, LSU did not provide her with any information concerning who had complained about her or the details of the charges. According to FIRE, while several students disliked her teaching style, no student ever accused her of sexual harassment.

Despite the contention of a faculty advisory committee that Buchanan should be reprimanded but keep her job, LSU’s board of directors fired Buchanan in June. It implied that LSU could get in trouble with the Department of Education’s Office for Civil Rights if it didn’t take action against Buchanan for creating “a hostile learning environment.”

“FIRE predicted that universities would silence and punish faculty by using the Department of Education’s unconstitutional definition of sexual harassment—and that’s exactly what happened at LSU,” said FIRE Director of Litigation Catherine Sevcenko. The broad definition means “professors risk punishment for teaching or discussing sex-related material, be it Nabokov’s Lolita or the latest episode of The Bachelor. Now Teresa is fighting back to protect her rights and the rights of her colleagues.”

The LSU faculty resolution says in part: “Because the University is committed to free and open inquiry in all matters, it guarantees all members of the University community the broadest possible latitude to speak, write, listen, challenge, and learn.” Furthermore, it is “not the proper role of the University to attempt to shield individuals from ideas and opinions they find unwelcome, disagreeable, or even deeply offensive.”

The resolution was affirmed in an initial vote last week, and will be voted on in full on February 22.