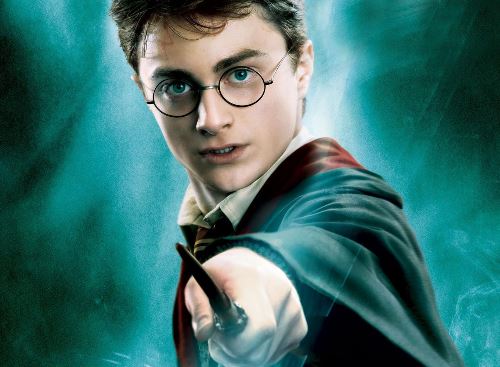 With the massive support most Millennials have thrown behind President Barack Obama over the years, it almost seems as if the president has cast a spell over these young voters.
Well, says one professor, maybe he has – with a little help from Harry Potter.
A recent media effects study conducted by University of Vermont political science Professor Anthony Gierzynski has found the iconic Harry Potter book series “played a small but not insignificant role” in electing Obama, the educator says.
“The lessons fans internalized about tolerance, diversity, violence, torture, skepticism and authority made the Democratic Party and Barack Obama more appealing to fans of Harry Potter in the current political environment,” Gierzynski says in email to The College Fix.
The story of Harry Potter helped shape in young readers a positive attitude toward tolerance and diversity, a disdain for violence, and a healthy dose of skepticism for authority, the professor’s research found.
However, the Harry Potter series was one of a number of contributing factors that helped get Obama elected in 2008, certainly not the most important, Gierzynski says.

To reach his conclusions, between 2009 and 2011 Gierzynski interviewed more than 1,000 Millennial-aged college students at seven universities across the nation. The survey included the books and movies, and interviewed students with all sorts of interaction with the series: those who hadn’t read it, those who had seen the movies, and those who were superfans were all surveyed.
He recently published his findings in an 82-page, peer-reviewed book “Harry Potter and the Millennials: Research Methods and the Politics of the Muggle Generation.”
When asked by The College Fix if Harry Potter was a Democrat and Voldermort a Republican, Gierzynski declined to answer directly, but did acknowledge some of the notions in the book “tend to line up with certain sides in the current climate.”
“Attitudes in opposition to the use of violence, torture and deadly force came to be associated with the Democrats at the end of the Bush years, mainly in opposition to Bush administration policies and failures in these areas,” he says. “The opposition to equal marital rights for same-sex couples and immigration reform by the Republicans put those who support political tolerance … and those who are more accepting of diversity on the side of the Democrats.”
While Harry Potter is not a political work, literature is embedded with the values and perspectives of the writer, and media effects are a natural impact of story telling; the magical/muggle world of Harry Potter is one that transmitted political lessons to the Millennial generation that grew up devouring its pages, Gierzynski says.
For example, one lesson Harry Potter fans learned is “Diversity and Acceptance; Or Don’t Judge People (or Creatures) By Their Appearance or Blood,” according to Chapter One of the book. The villains in Harry Potter’s world believed half-human/half-wizards were beneath them, indeed a scourge on society, but Harry befriended those rejected or considered outcasts, including mythical creatures such as elves, treated as slaves by most characters in the book.
“Again and again, whether it is ignoring status as a pure-blood to judge individuals on the quality of their character, or simply courtesy toward any person regardless of their appearance or societal position, the tale of the boy wizard teaches it is good to reserve judgment, to be open to those who are different,” the book states. “By contrast, the stories’ antagonists are often quick to make judgments and be quite vocal in their bigotry.”
As a result, the survey found Harry Potter fans tended to value notions of tolerance, acceptance and equality. Overall, 60 percent of the Millennials surveyed who read the series voted for President Obama in 2008, and a whopping 83 percent of the series’ readers viewed the Bush administration unfavorably.
Gierzynski cautioned there are several different factors that could have played into the study’s results, including that college campuses are already generally liberal, which could have skewed the demographic.
This is not the first time Gierzynski, a political science professor who specializes in political parties, elections and mass media, has probed the effects of entertainment on people’s political views. In the past, he has led research seminars at the university on subjects such as Star Wars and South Park.
“I think this will open the door to more inquiries into other pop culture phenomena,” he says of his book.
Gierzynski’s current projects include research into the impact of villains of science fiction and fantasy on attitudes about criminal justice and terrorism, as well as the impact of The Daily Show and The Colbert Report on skepticism versus cynicism.
Meanwhile, the professor has some advice for Republicans.
“Republicans could win back some Millennial Harry Potter fans if they move away from the far right side of their party,” he says.
Fix contributor Haley Littleton is a student at Colorado Christian University.
CLICK HERE to LIKE The College Fix on Facebook / FOLLOW US on Twitter: @collegefix
IMAGE: Professor Anthony Gierzynski
Share this article: The College Fix on Facebook The College Fix on Twitter The College Fix on Reddit The College Fix on Parler Share on Email