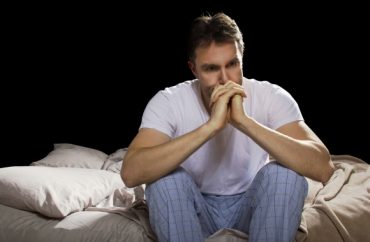 Ronald Pelias, an adjunct instructor of theatre at the University of Louisiana Lafayette, recently published a scholarly article that details nearly a dozen different reasons why he feels miserable to the point of self-described sleepless nights under Trump, and why he holds contempt for Trump voters — even for his students who support the Republican president.

“I can’t stop wondering if each person I encounter is [a] Trump supporter. If I identify someone who I believe fits that category, I assume he or she is deeply uninformed and/or unethical,” writes Pelias in Qualitative Inquiry, which provides an interdisciplinary forum on human sciences.

“I am not proud of … the contempt I hold for Trump supporters,” Pelias continued in the article, titled “On Not Being Able to Sleep.”

“I’ve been told I need to reach out to these voters and try to understand where they are coming from. I believe I do understand them and I do not want to be around them,” he writes. “I do not want to live in the presence of their hate, of their unethical practices, of their ignorance. I know this is a problematic way of being, but I am unwilling to bend to what I see as their fascist ideology.”

In his Jan. 2017 article, using only his own psyche as a reference point, Pelias states that he believes he “offers evidence that the moral core of the United States has been deeply damaged by the election of Donald Trump.”

Pelias presents snippets of his post-election thoughts, writing “I cannot assuage my apprehension in anything I hear or read … I wake up, shaking. I keep checking the news. I want to sleep, but see nothing that gives me solace.”

Worry about Trump’s appointees also disturbs Pelias: “I watch appointment after appointment being filled with sycophants who have ingratiated themselves to Trump rather than with people who have qualifications for the job … Known racists, known misogynists, known xenophobes, known liars, known global warming deniers, known warmongers, known individuals with vested corporate interests, and known failed and criminal politicians. Trump is creating his own swamp, one with a putrid smell.”

He also states that he feels unsure about whether or not he wants to be in a public space when processing his many feelings. Yet, he has continued to teach and talks openly about the election in class, according to the article.

After conducting an exercise in his theater class during which students named “respect for others” as most important rule to have in a classroom, Pelias stated the following:

After students responded that Pelias was making them feel bad for voting for Trump, Pelias writes that his tone had become “scolding,” and he left class “feeling disappointed in all of my students, all of whom are women.”

“I am angry and in my anger, I imagine myself saying to them: If you voted for Trump, I hope you never have a chance to teach children. I wouldn’t want you teaching my child. You are a hypocrite. You will do damage. You do not have a sufficient moral compass to be around children. That night I try to convince myself to restore my faith in my students. I struggle and I cannot sleep.”

In the end, he presses on.

“I do not know what is best to say or do. I do not have a narrative that will let me sleep. I live in a fragmented, cruel world, one that imploded on the day Trump was elected,” he concludes.

When asked in late March to interview about the article, Pelias declined via email to The College Fix, noting that “after looking at the College Fix site, I have considerable concern that your desire to interview me is motivated by a misguided right wing agenda rather than by a desire to engage in a productive dialogue. So thanks, but no. I will say though that my worries expressed in the essay you mentioned have only grown stronger.”

MORE: Poli-sci prof says she must condemn Trump in class, calls ‘balance an offense to the truth’