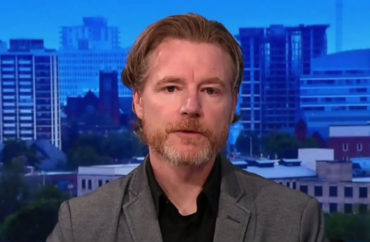 ‘The work of the Task Force will come to nothing’

A journalism professor who helped draft a statement on Wilfrid Laurier University’s “commitment to freedom of thought” has suddenly resigned from the responsible task force, claiming the Canadian university has already betrayed its promise.

David Haskell told The College Fix he was protesting the university’s new policy of requiring faculty, clubs and associations to pay for “all additional costs for security, safety and related items” when they invite speakers to campus.

The first club targeted by the policy – with a security bill in excess of $5,000 – was the Laurier Society for Open Inquiry, according to Haskell. It’s planning to bring an academic to campus whose research on aboriginal people is controversial, and antifascist groups have already suggested they’ll try to shut down the event.

“This new policy is incredibly prejudicial as it will almost exclusively impact members of the Laurier community who want to bring right-leaning individuals onto campus to speak,” Haskell wrote in an email.

“Groups bringing in left-leaning speakers or sponsoring other ‘progressive’ events are seldom if ever protested,” he said: “I’m now of the opinion the work of the Task Force will come to nothing.”

The administration denies that it’s targeting any particular set of viewpoints, telling The Fix that the costs will be imposed “for all groups going forward, regardless of political affiliation or leanings.”

‘Non-violent protests’ are better than ‘silencing’

The Laurier Society for Open Inquiry is led by graduate student Lindsay Shepherd, who has become a national advocate for free expression in the months since WLU investigated her for promoting debate in a class she taught.

The administration set up the Task Force on Freedom of Expression to explore both free expression and “hate, intolerance and intimidation” on campus. This happened a month before WLU concluded that Shepherd had been wrongly investigated – and told she violated Canadian law – for showing the TVOntario segment on gender-neutral pronouns (below).

Haskell told The Fix he was “unique on [the] Task Force in that I was the sole member to explicitly state from the outset that I was in favour of maximum free [expression] allowable by law,” and the only one to “publicly” support Shepherd.

Made up of 13 faculty, staff and students including Haskell, the task force reached out to various experts in law throughout the drafting process.

It released a “draft statement” last week that reiterates the university’s commitment to freedom of thought and expression as values that are fundamental to an “open, fair, and inclusive campus.”

While the university “unequivocally embraces its institutional responsibility to ensure the free and open exchange of ideas,” which are necessary for “diverse voices to be heard without the fear of repression or reprisal,” the draft statement said WLU upholds a concept known as “inclusive freedom.”

This is taken from the book Free Speech on Campus, published by the University of Pennsylvania Press, which denies that free expression and inclusion “must be at odds with another.”

“Upholding the principles of free expression requires that a range of perspectives and ideas have the opportunity to be articulated, including those that may be deemed difficult, controversial, extreme, or even wrong-headed,” it reads.

There may be disagreements on “ethical, social, and pedagogical obligations” in such an environment, but these differences reflect the “tension between free expression and other fundamental values and principles.”

Though students may feel “distressed or even silenced” by hearing opposing views, these discomforts can be “mitigated by strong and balanced pedagogy” in which “openness and respect for human dignity pervade.”

Whether in the classroom or events by student organizations, the draft asks students to “articulate dissenting views in meaningful ways” such as debate, alternative events and  “non-violent protests” – but not “silencing” others.

Showing how the environment differs from the United States, the draft statement notes that Canada criminalizes “hate speech,” defined as “public incitement of hatred” or “willful promotion of hatred.” The law includes exceptions for truth, religious belief, the public interest and pointing out “feelings of hatred toward an identifiable group in Canada.”

In a concluding section sure to be cited by groups that are told to pay steep security fees for inviting controversial speakers, the draft statement quotes from Free Speech on Campus:

[Inclusive freedom] lends similar weight to the related demand that all members of the campus community be able to participate in the free and open exchange if it is to accomplish the goals of free inquiry.

The draft statement is a “good starting place” to articulate the university’s “aspiration to promote respectful intellectual discourse,” task force chair Rob Gordon (below) told The Fix in an email.

He said the members brought “divergent perspectives” that allowed for “important challenges to ideas and assumptions.” All are “keenly aware that to be effective, the statement must stand the test of time and protect expression under any campus leadership or in any social or political climate.”

Another member of the task force, Douglas Deutschman, told The Fix in an email that the draft statement is “very good”:

It is the result of extensive research coupled with input from multiple stakeholders including students, faculty, staff, alumni, and members of the broader community. The task force process was intense, productive, and collegial. I feel fortunate to be part of the task force. It has been an incredibly positive learning experience.

Haskell said the draft drew condemnations at a town hall the day after it was released. A “far-left, small and vocal” contingent said the task force enables “white supremacy” and laughed at Haskell for saying conservative students are “marginalized.”

He tweeted that a “minority … is actively trying to get the document changed” to restrict free speech: “They don’t get that free expression protects their position just as it does others.”

Haskell said he should have objected when the town hall hosts asked the media not to record audience statements: “The public needs to hear & see the ideas of the campus far-left in their own words.”

The public has until the morning of May 14 to submit feedback to the task force, which will then “carefully consider all submissions and make final edits to the statement.” It plans to give a “recommended statement” to the university senate May 22.

Haskell soured on the task force after WLU disclosed the new security cost policy in an email Wednesday, and learned it would first hit Shepherd’s group from club members and its faculty adviser, he told The Fix.

The new policy requires clubs to cover costs “over and above the regular resources available on campus.” It was announced two days after the Laurier Society for Open Inquiry announced its next event will feature Frances Widdowson (below).

The Mount Royal University political science professor drew a backlash for her recent book Disrobing the Aboriginal Industry: The Deception Behind Indigenous Cultural Preservation. Her subject at the Wednesday event will be “Does University Indigenization Threaten Open Inquiry?”

Haskell told The Fix the professor is a “reputable scholar with significant peer-reviewed publications from esteemed academic publishers,” noting her new book is published by a joint venture of Canada’s McGill and Queen’s universities.

Local antifascist groups are planning an event, “Racists Aren’t Welcome Here” (below), to protest Widdowson’s event. They called her a “C-list racist” whose speaking topic is “hot garbage” and “openly racist,” and their language suggests they will use force to shut it down:

We cannot condone LSOI’s repeated efforts to spread their openly white supremacist agenda. These actions are a destructive force in our community. Hate cannot have a platform. …

Who is really marginalized at WLU?

The Laurier Society for Open Inquiry said Monday it was waiting for a security cost estimate from WLU before deciding whether the event could be free. Shepherd did not respond to Fix queries Thursday.

It has scheduled recent events off-campus because of onerous rules from the administration, including a “health and safety” review that Shepherd believes only applies to her group.

Haskell told The Fix that the student club was hit with a $5,473 estimate in order to host Widdowson, showing “they must pay dearly to enjoy ‘free’ speech on campus.”

The new policy “is in contravention” of the task force’s draft statement, he claims: the university’s “institutional responsibility” to protect “free and open exchange,” particularly for “those who could be marginalized or excluded from full participation.”

Haskell cited research published by the Association for Psychological Science (below) that he says “conclusively” shows that those who do not subscribe to a “left-leaning/progressive/social justice agenda” are the most marginalized from free expression on campus. 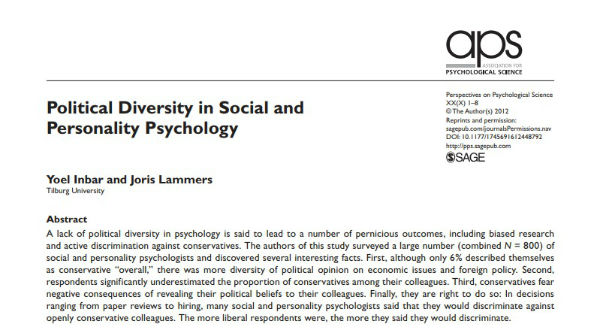 “Our university has chosen which group of marginalized students it will assist, and which it will NOT,” Haskell told The Fix. It spends “hundreds of thousands of dollars” on Diversity and Equity Office programs and bodies, which “almost exclusively” promote the views of “left and far-left leaning members of the Laurier Community.”

Without his participation on the task force, Haskell said he’s not sure what the next public draft will look like. The first is “convoluted” but protects “maximum” free expression.

The administration told The Fix it implemented the new security cost policy after reviewing its practices and process in light of “events from last fall,” though it didn’t specify what those events were. The new policy will serve to “improve clarity around timelines and processes,” it said.