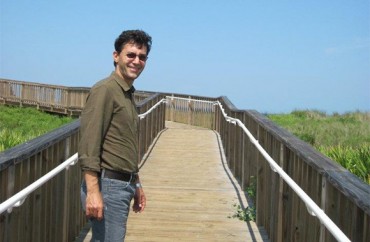 The difference between ideas and facts is lost on leftist scholars

Today Professor Florin Curta is a professor in medieval history and archaeology at the University of Florida, but his road to the sunny vistas of north-central Florida came by way of communist-controlled Romania, where growing up he grappled with empty grocery stores, power outages, and an oppressive government that discouraged creativity and free enterprise.

Curta grew up under the iron-fisted regime of Romanian President Nicolae Ceaușescu, a dictatorship characterized by unrelenting state-control, extreme poverty and widespread dilapidation and deprivation. Ceaușescu was overthrown and executed by firing squad in 1989, leaving his country in shambles.

Curta, meanwhile, managed to earn his bachelor’s degree from the University of Bucharest in 1988, and left his country in 1993, having been invited to pursue a Ph.D. at Western Michigan University after delivering a speech before the International Congress on Medieval Studies in Kalamazoo, Mich.

He hasn’t looked back. Discovering academic and personal freedom unlike anything he could have in post-Communist Romania, Curta permanently relocated to America.

“There’s a certain atmosphere in which scholarly thinking can grow in the United States that it cannot grow in any European country,” Curta said. “I left after communism collapsed, but it was a regime that left a deep, deep imprint on people’s minds. Even though there was no official communism in the government, a lot of people continued to think in communist ways, specifically in the academic world.”

Curta is one of the world’s most distinguished scholars in medieval history and archaeology – and is co-founder of the University of Florida’s medieval and early modern studies center, where he directs its certificate program.

He recently shared his experience growing up under a communist regime and discussed the rise of socialism in America during a phone interview with The College Fix:

Tell us about growing up in communist Romania. What was the quality of life?

Curta: Stores were completely empty. There was no food. There was a black market where you could buy some things, but obviously at much higher prices. Besides the fact that there was no food, every now and then electricity would be cut off in the apartment, at a sudden moment in time. You would not know when and for how long. Sometimes there was no running water at all, and there was no warm water at all. We’re talking about life in an urban environment, we’re talking about an apartment, not one or two, but thousands in which people lived in such conditions. I was in college in that time, and I remember actually studying in the library with gloves on my hands because it was so cold. So not a happy place.

Socialism appears to be a popularly embraced ideology in American academia. Why do you think this is? What is so tempting about this mindset?

Curta: I think that there’s an idealism that most people in academia, specifically in the humanities, share. We live in an era of ideological morass, especially with the collapse of communism that has left no room for those idealists in the academic world. No matter how you can prove that system doesn’t work, with an inclination to go that way perhaps because most people associate socialism with social justice, while the former is an ideology with concrete ideas and concrete historical experiences, while social justice is a very vague abstract notion.

You have to understand, the difference between ideas and facts is what is of major concern here. As my father used to say, it is so much easier to be a Marxist when you sip your coffee in Rive Gauche, left-bank Paris, than when living in an apartment under Ceaușescu, especially in the 1980s. Sanders, whose platform is based-off of socialist ideas, gained such traction with the electorate, especially millennials?

Curta: First of all, I would not be willing to put a blanket on all of the population that is drawn toward that idea. It’s a matter of certain segments of that population, especially the young ones, and I think that has something to do with two factors, one of which is the distance in time between the real experience, the historical significance of communism. In other words, the parents of those young people who are now very enthusiastic about socialism and Bernie Sanders were those lived during the Cold War. So to them, socialism, or even more so communism, was a real threat. And they could see under their own eyes how that form of living was out there. Also the lack of historical knowledge. I would say the school system is responsible for that. You get courses at the university on the Holocaust, but you don’t get courses on the history of communism. Last time I checked, [it was estimated] 100 million people were killed under communism by various regimes in various parts of the world. That seems to have passed without a note in the academic world. I think that lack of prominence in the curriculum, in other words, not teaching what really happened, and the sheer ignorance about the disaster in terms of human cost, economic cost, in tragedy in general is responsible for this rosy picture of socialism.

RELATED: University Forbids Poster That Takes A Stand Against Communism

And so what can be done to counteract this misperception or perhaps even incorrect view of history?

Curta: Education. But also the willingness to know about this. Just by ignoring those factors a dialogue is not possible… Bringing up the truth in what happened is of crucial value. Ignoring what happened will lead to similar mistakes.

But what about “free college education for everyone,” which is one of Sanders’ campaign promises? Shouldn’t people have access to free higher education?

Curta: My answer to that is very simple. I went through 20-plus years of school in the old country, under communism, for free, but I had no food on the table.

Bearing all of this in mind, what would you say to a millennial who wants to vote for Sanders?

Curta: First of all, I would say that you are free to vote for whomever you want. That’s the principle in which this country is based on, unlike the one from which I was coming from. You have options. You also have options to educate yourself and to answer questions that might arise from an investigation of that candidate’s points of view and so forth. Don’t try to push them down my throat though because indeed I know a lot more about where these ideas can go because I experienced them not from reading books, but from living under it.

Do you think socialist ideas could ever actually be implemented here in the U.S.?

Curta: To tell it frankly, I think this is a philosophical question and I can answer it by giving my take on this… Let’s take an invention, for example, an invention that really changes the lives of hundred, thousands, millions of people. From the moment that invention is drawn up on a piece of paper by the inventor, from the moment it actually gains social application, to change the lives of people, it takes very little under the capitalist system. That is because of the profit. It takes a very long while under socialism because it needs to be approved. Originality and creation and creativity, those forms of freedom that most Americans don’t think much about are discouraged under socialism. You have to stay in your line, not get out of your line.