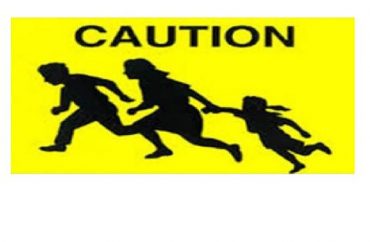 A UNLV math professor is taking heat for comments he made on Facebook about undocumented immigrants.

The Rebel Yell reports George Buch’s (go figure) remarks ranged from the politically incorrect “illegal alien” to stating he would “have to turn [students] into ICE” and that there are “no safe spaces in [his] class.”

Of course, protests and condemnation followed.

“We as a student government condemn this behavior,” Student Body President Carlos Fernandez said during public comment to the NSHE Board of Regents Thursday morning.

“We will work with the UNLV President’s office to make sure there is action that comes from this.”

A UNLV student commented on Facebook “UNLV is a safe space, and faculty must comply with the rules of the institution.”

@UNLVCSUN President: “We as a student government condemn this behavior.” #unlv professor threatens to report students to ICE pic.twitter.com/I6EVkU2Mxy

“Moving forward, we want to call on President [Len] Jessup to take action,” Morales said. “We want to make sure the actions of this instructor do not taint the reputation of UNLV.” …

Fernandez spoke on behalf of the other student body presidents gathered behind the podium in front of the Carol C. Harter Classroom Building Complex.

However, after the press conference reporters interviewed students in Buch’s class to get their opinions:

“He’s kept this environment professional,” one student said. “As long as I have what I need to learn, I’m good.”

The other students in his class and on the website Rate My Professors echoed this sentiment, stating that “he sincerely cares about his students.”

Buch apologized for his remarks, saying they were “intended to be a joke although clearly a poor one.”

“You may or may not have seen the Facebook posts. I’m extremely sorry for the comments. I know how hurtful they are to many of you,” he said. “I have never, nor will I ever, create a classroom of hate or intolerance.”