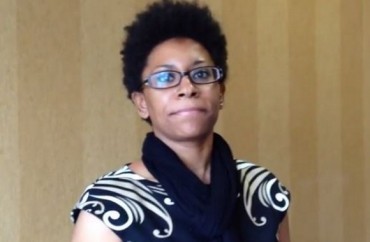 A sociology professor declared on Twitter that whiteness is “terror” and that white people are “conditioned” to commit mass murder – two recent examples of many extreme and radical comments the scholar had made on social media.

In a series of tweets June 26, Zandria Robinson stated that “whiteness is most certainly and inevitably terror” and “waits for thinkpieces about how more mental health services could prevent white people from acting how they are conditioned to act.”

And in a tweet from June 28, she stated “when whiteness is all white folk have left as property, ravaged as the working class has been since the 70s; racial terror + paranoia rises.”

After news of Robinson’s tweets spread Tuesday, her faculty profile was abruptly taken down by the University of Memphis, which tweeted out that she no longer worked for the university.

A campus spokesman did not respond to The College Fix’s request for comment Tuesday about when and why she left employment there, only saying “Dr. Robinson is no longer a faculty member at the University of Memphis.” Then on Wednesday, the Memphis-based Rhodes College put out a statement that it had hired her for its anthropology and sociology department, calling her an expert “in the areas of race, class, gender, culture, and the South.”

The campus called her comments “provocative, controversial and debatable.”

But Robinson’s tweets, first reported by the website SoCawlege, are not the first time she has made controversial statements on social media.

Her previous posts on Facebook and Twitter included accusations that white students falsely believe students of color get into grad school based solely on their skin color, that she did not want her daughter attending school with “snotty privileged whites,” and that “white students threatened us and their racist evaluations of us factor into our job security,” Campus Reform’s Peter Hasson reported.

A few days after that June 5 article was published, Robinson tweeted “yes some conservative fuckboys are very enamored with me and like little boys are pulling bra straps and showing their penises for attention” and “I am awaiting some death threats and rape threats, though. Because these are the ultimate expressions of love from conservative whites these days.”

And in the aftermath of news reports on her latest tweets, someone claiming to be Robinson’s husband released a series of screenshots of what appears to be Robinson on Facebook. In a long dialogue, she compares her critics to screaming “toddlers” and instructs people to use trigger warnings.

In a comment to The College Fix, Hasson said: “What’s most concerning to me is that we know how Professor Robinson acts publicly towards those who don’t hold her opinions but one can only imagine how she treats the students in her classroom who hold viewpoints she doesn’t agree with. I do, however, forgive Professor Robinson and will keep her in my prayers.”

Her areas of research included “post-Civil Rights black South,” the “histories, cultures, and ideas generated by regional insiders and outsiders,” and “sexuality; urban sociology; popular culture; and feminism,” her bio had stated before it was taken down.

Robinson describes herself on her Twitter profile as a “dirty south black feminist sociologist,” and “some babies’ mama.”

Robinson also has a blog called “New South Negress” where she discusses pop-culture and race issues.

In a post on the recent controversy regarding the Confederate flag, she said:

“White folks who think they don’t participate in racism always get spotlight anxiety when some white folks who have no qualms about their racism whatsoever are center stage in media discourse. These white folks, who call the other white folks ‘backwards,’ ‘rednecks,’ ‘racist,’ and ‘trash,’ hate to have their whiteness sullied by these other white folks. They wouldn’t want colored folks to think they were like those white folks. So, they latched onto the thing that they hate about backwards white southerners more than Honey Boo Boo, trucker hats, Toddlers and Tiaras, burning crosses, and Swamp People combined–the confederate flag.”

Through all of it, she still has a fairly strong Rate My Professor page. However, one review from ten years ago warns: “She is more concerned about race and inequality than sociology!”