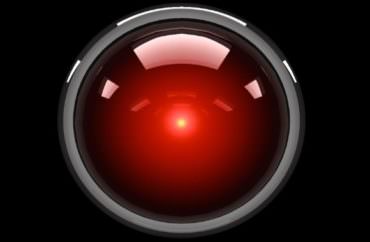 Scholars create program to test software for bias and discrimination

In the future, your future might depend on a series of carefully calculated zeros and ones.

As technology improves, humans become less involved in decisions that affect our lives — and that isn’t exactly a good thing.

As artificial intelligence gains ground, college professors at the University of Massachusetts-Amherst have developed a program to test software for bias and discrimination.

“Today, software determines who gets a loan or gets hired, computes risk-assessment scores that help decide who goes to jail and who is set free, and aids in diagnosing and treating medical patients,” according to the program’s developers.

With that, it’s critical “software does not discriminate against groups or individuals,” argue researchers, adding that their field of study is “undervalued” and “countless examples of unfair software have emerged.”

In a scholarly article published for an upcoming software engineering conference, computer scientists Alexandra Meliou and Yuriy Brun, who created the program along with PhD student Sainyam Galhotra, detail the “growing concern” of software discrimination.

In the paper, the two professors forecast the evolving and increasing influence software will have on human life in the future, and argue software currently plays an outsized role in society.

“Going forward, the importance of ensuring fairness in software will only increase,” the paper states.

The scholars used examples that illustrate bias against the wealthy and the downtrodden.

One of the examples of software discrimination provided by Brun and Meliou is programming used by Amazon.com to determine what geographic areas would receive free same-day delivery. Following the roll out of the program last year, it was alleged that minority neighborhoods received the perk at a much lower rate than predominantly white neighborhoods.

The authors also highlight how software used in the public sector can project bias, spotlighting technology used in a number of states that calculates scores on the likeliness that a criminal might commit additional crimes. According to the researchers, the software has been found to “falsely flag black defendants as future criminals, wrongly labeling them this way at almost twice the rate of white defendants.”

Meliou and Brun are not the first to issue concerns about the perverse influence of software and the risk it may pose in perpetuating discrimination.

In May 2016, the White House released a short paper remarking that technology and data can be leveraged to promote equality but that it also is “full of risk.”

“Predictors of success can become barriers to entry; careful marketing can be rooted in stereotype. Without deliberate care, these innovations can easily hardwire discrimination, reinforce bias, and mask opportunity,” the paper stated.

The two professors tout their program as a tool that could be used by companies and government agencies that use software to make decisions.

“As with software quality, testing is likely to be the best way to evaluate software fairness properties,” their paper states.

Brun and Meliou did not respond to a College Fix request for comment, and a university media relations employee said it was not possible to speak with the two researchers.