The latest seemingly innocuous recreational activity to be scolded by our academic betters is the wearing of Hawaiian shirts.

The Guardian (yeah, I know, I know) reports “celebrities have been spotted wearing the shirts, but they could be seen as ‘embodiments of the history of American colonization.’”

I suppose there should be an emphasis on the “could” as virtually no one outside the perpetually aggrieved set would perceive Hawaiian shirts this way.

Doing my alma mater er, um, proud is Professor Zara Anishanslin, who is “passionate about spreading historical knowledge to the wider public.” She says anyone donning a Hawaiian shirt should reconsider: 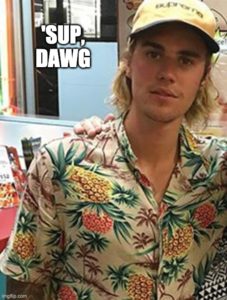 “They are the fashion equivalent of a plantation wedding. They could be seen as fashionable embodiments of the history of American colonization, imperialism and racism against Hawaii’s indigenous inhabitants. People might want to think twice about whether the look is worth the weight of its associative past.”

Worse, Hawaiian shirts have been co-opted by the dreaded “Boogaloo Bois,” the allegedly growing white supremacist anti-government group. Anishanslin, who’s also a fellow at Princeton University’s Davis Center for Historical Studies, believes the fashion industry and even individual sellers should warn people about the Bois’ proclivity for the shirts.

She also scolded celebrities like Justin Bieber and Cara Delevingne for wearing them and said they have an opportunity to “reclaim” the shirt: “Why not design Hawaiian shirts that use anti-gun, anti-racist, pro-peace iconography and slogans? Why not, perhaps importantly, hire indigenous designers to create them?”

If you’re giggling about now, DON’T. The University of Hawaii’s Reece Jones says although concerns about the Bois are “easy to dismiss,” this not a joke: “[T]hat is part of [the Boogaloo Bois’] strategy, to lure in young men and downplay what they are talking about. It is deadly serious. These men are preparing for a civil war.” 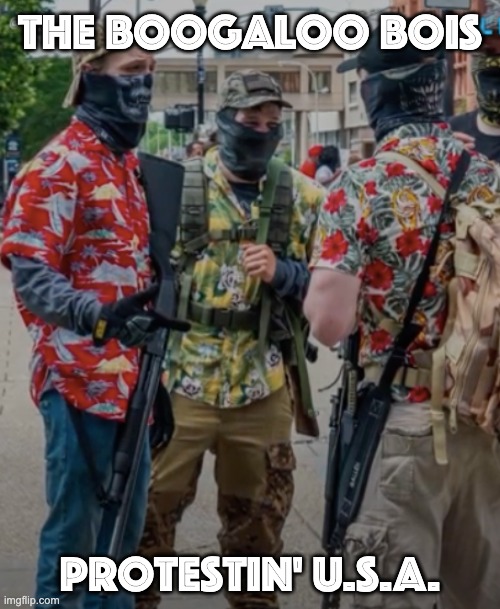 Sigh. Sorry, but no. When I’m out on the golf course or hanging with my pals, I doubt I’ll feel any reticence about grabbing a Hawaiian shirt, especially given the Boogaloo Bois are about as worrisome as QAnon. Maybe when academics show their concern about people coloring their hair and covering themselves in tattoos and piercings — you know, like Antifa does — I’ll reconsider.