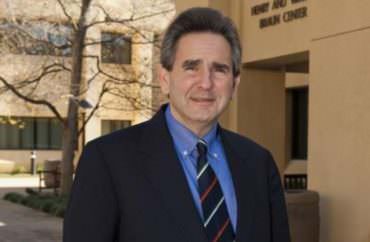 The city of Boulder, Colorado, is so well-known as a bastion of leftism that it’s unofficial nickname is the People’s Republic of Boulder.

But donors and others concerned with the state of higher education affairs have figured out one way to advance intellectual diversity within its stronghold of CU Boulder — they pay for it themselves.

Every year for the last five years, the public university has hosted a fellowship specifically for conservative scholars, and this year Professor Robert Kaufman is the 2017-18 Visiting Scholar in Conservative Thought and Policy at CU-Boulder.

“I thought I would be a lightning rod for controversy, but classes are going very well,” Professor Kaufman told The College Fix. “The faculty are pretty welcoming in the [department] where I’m housed, and the director has greeted me very well…. I have the highest regard for him.”

Kaufman is a renowned conservative author who assisted President Richard Nixon in the writing of his book “Beyond Peace,” and has written a number of books himself, including “In Defense of the Bush Doctrine” and “Dangerous Doctrine: How Obama’s Grand Strategy Weakened America.” He is also an adjunct scholar at the Heritage Foundation.

A political scientist from the Pepperdine University School of Public Policy, Kaufman will run two fall and two spring courses for the duration of his one-year appointment.

Currently he is teaching “Modern War,” a class on the politics of international conflict, and “Prudence and Politics,” a class on the classical virtue of prudence, with case studies like Winston Churchill, Ronald Reagan and Pope John Paul II.

Prof. Kaufman said he is optimistic about changing the often ideologically homogenous atmosphere in academia.

“Other places like Berkeley have already emulated this program,” he said of the Conservative Thought and Policy Fellowship, which is itself modeled after Princeton University’s James Madison Program in American Ideals and Institutions.

“There are ways to change a university. What resonates is outside pressure and getting funding from outside,” he continued, noting that his fellowship is supported through private donors. “To get the foot in the door … you need outside pressure, trustees, alums, funding.”

“The only thing universities like more than political correctness is money,” he said.

Now in its fifth year, the program aims “to promote intellectual diversity on the CU-Boulder campus… [seeking] highly visible scholars who are deeply engaged in either the analytical scholarship or practice of conservative thinking and policymaking or both.”

“CU established the Visiting Scholar in Conservative Thought and Policy program in 2012 to further provide diversity of political thought,” university spokesperson Ryan Huff told The Fix. “The program has received national media attention and positive reviews from students, faculty and community members. We plan to continue this program.”

Huff noted that the university has hosted a number of prominent political figures and speakers from both parties, including President Barack Obama in 2012 and the Republican presidential debate in 2015.

“[W]e seek intellectual diversity when hosting campus events,” he said. “We want to challenge our students and expose them to viewpoints they may agree or disagree with, because doing so sharpens their intellects and broadens their perspectives.”

Intellectual diversity, or the lack thereof, on college campuses has been receiving more and more attention over the past year, partially in light of the free speech debates. In September, the editorial board of the Georgetown University student newspaper called for more conservative professors. The Orlando Sentinel recently ran an editorial piece titled “Political Diversity is a Major Blind Spot for Colleges.”