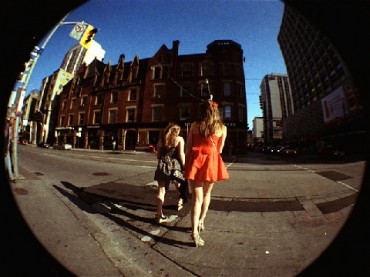 Performances by teaching assistants portraying prostitutes – everything from a sex slave to an ‘upper-class bar whore’ – is allegedly at the crux of a controversy in which a popular and eccentric professor at one of the most liberal universities in the nation claims she is being forced to retire.

“It is with a sad heart that I share the news that I am being pressured to accept an early retirement package by the University of Colorado,” CU Boulder sociology professor Patti Adler wrote on her Facebook page Saturday. “The culture of political correctness along with the culture of fear shoved me through the process in less than a week without even a complainant or a legitimate investigation. It is frightening that a full, tenured professor would be treated this way on the first time a concern is raised, with no possibility to react to the concerns.”

Adler teaches a popular class called “Deviance in U.S. Society,” which looks at “how groups of people have the power to shape social definitions and apply them onto others,” according to an online syllabus, which does not mention the prostitution monologues.

“We will then look at the consequences for those defined as deviant of this label,” the class description states. “We will look at how people come to develop a deviant identity and what that means to them in the exercise of their everyday lives.”

“Students said Adler … told the class that she was being forced into retirement because the administration thought her lecture on prostitution was inappropriate, degrading to women and offensive to some minority communities,” the newspaper added. “Adler told her students she tried to negotiate with the administration about leaving the skit off the syllabus. Administrators allegedly told Adler that in the era of sex scandals at schools like Penn State University, they couldn’t let her keep teaching.”

In a statement to the Daily Camera, a university official said Adler remains a professor at the university and noted “the university cannot force anyone to retire, especially a tenured faculty member.”

Students, meanwhile, have rallied to keep the professor on campus with an online petition and social media campaign. Comments on Adler’s “Rate My Professor” page are mostly good, saying the scholar’s tests are very hard but her lectures are fun and interesting, although several students wrote Adler is weird.

The Daily Camera reports Adler has worn a bikini to class as well as dressed as a homeless person to illustrate deviance; many students said they believe the situation amounts to “an attempt to squash creativity among professors who teach in nontraditional ways or about provocative subjects.”