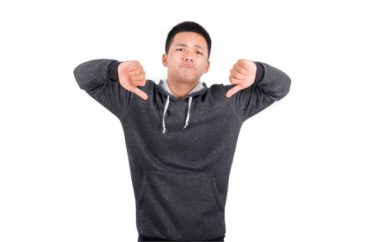 The so-called “Free Speech Bus” rolled into Harvard Thursday, and was greeted by a group of about 30 protesters — some of whom treated it as their personal graffiti wall.

Sponsored by several conservative groups including the National Organization for Marriage, the bus is on tour to promote “a renewed policy debate [on transgender issues] that tries to accommodate for everyone,” according to The Harvard Crimson.

The Crimson refers to the vehicle as the “anti-transgender” bus.

The NOM’s Joseph Grabowski said he had “hoped to have ‘a reasonable discussion with students at Harvard,” but based on protesters’ antics upon the bus’s arrival, he realized that “was unlikely to happen.”

The activists on hand were shouting “Trans lives matter!” and “Stand up, Fight back!” when Grabowski and company pulled in, in addition to holding rainbow flags and various placards.

Some of the demonstrators decided to use the bus to express their thoughts:

Reaching campus around 1 p.m., the bus parked at the intersection of Massachusetts Ave. and Garden St.—across the street from Harvard Hall—where it remained for just under an hour. The protesters gathered to await the vehicle’s arrival, some holding rainbow flags and raising signs reading “Trans is beautiful.”

On Thursday, protesters scrawled in permanent marker over the bus’s lettering with the words “HATE SPEECH BUS,” as well as, “Hate is not welcome here.”

When Grabowski disembarked from the bus, demonstrators crowded around him, making explicit gestures and attempting to drape a rainbow pride flag over his shoulders.

“Unfortunately, it’s a very one-sided policy debate right now because of the fact that the noisy minority has been able to shout down the other side,” Grabowski said to protest.

To prepare for Grabowski and the bus, Harvard’s Office of BGLTQ Student Life on Tuesday held a “Trans Lives Matter” banner signing event.

MORE: ‘Genitalia-centered rhetoric’ of women’s movement is biased to transgenders