Public officials in Michigan can’t use their official email addresses to expressly advocate for the approval or denial of tax proposals under state campaign finance law.

But when the penalty for violating the law is so low, is anyone surprised that it happens?

Schoolcraft College used the community college’s email system to support a property tax increase that would enrich its coffers, according to records obtained by Michigan Capitol Confidential, the news arm of the free-market nonprofit Mackinac Center. 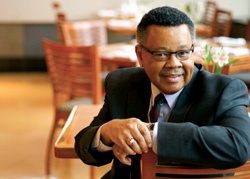 President Conway Jeffress (left) wrote in a June 2017 email that the school “desperately need[s] your support for this ballot proposal” to increase the millage rate, saying it would “benefit you personally, the students, the College, and our community.”

He titled an October 2018 email “Support of our Nov. 6 Millage Restoration.” An executive assistant at the college used the same email subject line in another October message. The word “support” is among several defined as “express advocacy” that is banned by state law.

The emails, which also included those sent by other college staff, were the subject of a campaign finance complaint by a local attorney. A professor even disclosed that she offered her students extra credit for voting, a possible misdemeanor. The elections bureau ended up only investigating Jeffress, though.

The secretary of state’s office allowed Jeffress to avoid admitting guilt for election law violations if he paid a $75 civil fine, which he did last month. “Voters had by that time already approved the tax increase,” estimated to bring the college an additional $7.1 million in its first year, CapCon reports.