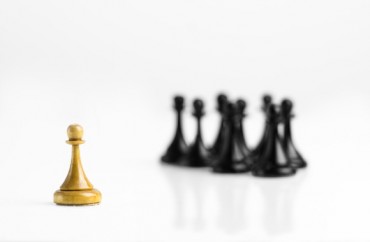 At the University of California – Merced, demographic statistics at the public university in Northern California show only about 13 percent of its student population is white, the rest are students of color.

UC Merced’s student ethnic demographics show Hispanics make up the lion’s share of the student body at 3,022 students – or 48.5 percent.

Asians and Pacific Islanders come in second at 1,485 students, or 23.8 percent (Middle Eastern students are included in the Asian category if they are U.S. residents). White students place third at 795 students, or 12.7 percent. Next up? “Nonresident aliens,” defined as students who are not U.S. citizens — either undocumented students or international students. There are 333 such students enrolled, or 5.3 percent of the student population.

After that comes 299 African-American students, which makes up 4.8 percent of the student body. The rest are listed as either “two or more races” or Native American, and 1 percent “declined to state.”

About 99 percent of the student body is from California, with only 24 students listed as coming from out of state or a foreign country. That would leave 309 as undocumented students – more than the African American student population.

“UC Merced welcomes students of all ethnicities and backgrounds, and we are proud of the support that we provide to the highly qualified, UC-eligible first-generation students from our region and elsewhere who often aren’t exposed to higher education opportunities early on,” campus spokesperson James Leonard said in an email to The College Fix.

He added “undocumented students represent all ethnicities and nationalities. We often don’t know how they identify, which makes it difficult to compare that category to others.”

UC Merced also has a “Hispanic-serving institution” designation, handed down by the U.S. Department of Education in 2010. That makes the university eligible for a host of funding and grants from the U.S. departments of Education, Agriculture, and Housing and Urban Development. Interestingly, UC Merced does not offer a major in ethnic studies or Chicano/Latino studies.

“As the Hispanic population in California continues to grow, the proportions of the other race groups will decline slightly, except for Asian, which through immigration should sustain its proportion of the population over the next five years,” the governor’s office stated.

When asked whether or not certain ethnic groups at UC Merced appear to be underrepresented, Leonard says “it really depends on the context” and that “our distribution of ethnicities is much more similar to that of the San Joaquin Valley than of California as a whole.”

According to the most recent stats available online, white students are not the most represented demographic at at least six other UC campuses as well, but none of the campuses have such a small percentage of Caucasian students as UC Merced except for UC Riverside, which has a white student population of 15.6 percent, according to its website.