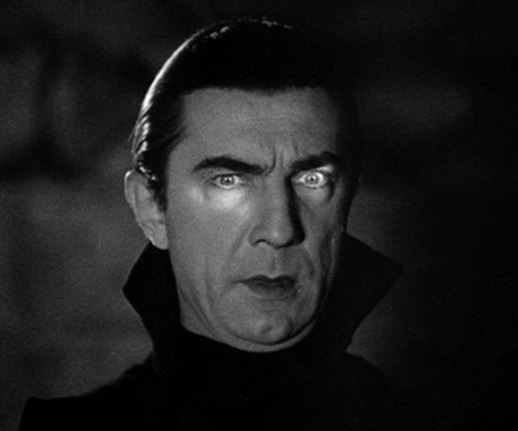 Nowadays, vampires are everywhere: television, the big screen, books – and the University of Virginia.

This fall, the venerable public university will offer a course titled “Dracula,” a three-unit class that fulfills an English or Slavic elective.

Taught by Professor Stanley Stepanic, the class is incredibly popular among students (as of Monday the 150-seat class was at capacity and had amassed 45 students on its waiting list). Spring and summer sections have also been added.

It’s also been called an Easy A, as the course, which has been taught at UVA for the last eight years, includes watching a half-dozen vampire movies, according to students quoted in the campus newspaper.

But Stepanic, in a recent interview with The College Fix, defended his “Dracula” class.

“Don’t think that because it isn’t a course on chemistry or physics it’s any less useful,” he said in an email. “In this day, even a degree in one of those fields is most certainly not a guarantee for a job.”

Stepanic says his class delves into the history and applications of Dracula, and teaches students how to thoroughly analyze a subject and properly write research papers, adding “there’s still this mentality in America, not just towards Dracula, but towards classes that are different that, ‘well, there goes our taxpayer dollars.’ ”

“I love teaching and I love it when my students take the time to pay attention and learn from me, and that’s what it’s about.”

In essence, the course is dedicated to a study of Slavic demonology, or vampires, but that doesn’t even scrape the surface, Stepanic says.

“Demonology is sadly a very misrepresented and often improperly defined term,” he says.

That’s because most people associate demonology with exorcisms, but Stepanic says demonology is just the study of demons as myth.

“It’s important to understand that ‘demon’ here doesn’t mean the typical Western Judeo-Christian view, it can mean, essentially, any type of malicious creature or spirit,” he says.

The class covers the entire history of the vampire, from its beginnings in Eastern Europe to “the eventful explosion in modern media,” Stepanic says, adding he screens several movies, usually around seven, in addition to lectures and reading assignments.

“It’s alluring, forbidden, outside the norm, so that’s one aspect of it, people like to experience danger without experiencing reality,” he says of movies in class. “That’s one of the functions of film, we enjoy emotion without true ramifications.”

With around 3,000 years of history that go into the character, the folklore is only a small piece of what students are taught, as literature, religion, misconceptions, disease, history and psychology are also worked into the curriculum, he says.

Of course, the lectures sometimes delve into popular culture – think True Blood, the Twilight saga, Interview with the Vampire and so on. Sure to come up in class this semester is NBC’s newest fall drama: “Dracula: A Legend is Reborn.”

But there’s a serious side. Homework includes four 5-page papers. A C- is required to pass the class.

“Students are expected to learn how to properly write a research paper, which can sometimes be quite difficult to someone from the sciences or who, sadly, hasn’t been properly taught in high school,” the professor says.

Most students average an A or B in the class, but there’s always a few Ds and Fs, too, Stepanic says, adding he’s not necessarily a hard grader. The reputation as an Easy A could also come from the interest and popularity of the vampire culture among young adults nowadays, he says.

“I frequently get emails from former students who thank me for this course,” he says. “Often, I’m gladdened to see they feel it was relevant to their lives and they’re frequently amazed at the amount of knowledge contained in what, on the surface, seems to be a simple topic.”

For example, students explore whether the iconic 1931 Universal Dracula movie is a metaphor for the Great Depression: did Dracula represent the “evil rich” and his death on screen the end of economic anxiety?

“That’s very difficult to prove, but it’s clearly (present) in other examples, like the rise of science fiction in literature and film during the Cold War, when Americans were concerned with the space race and nuclear war,” Stepanic says.

Another film shown in class is a rare documentary about the slavs, called simply The Slavs. Stepanic says he has one of only three known copies in existence.

And in the end, Stepanic adds, “I definitely don’t believe there are actually vampires.”

“The vampire was largely a scapegoat,” he says, “primarily for misunderstandings about disease, and also an outlet for some political and religious changes in Eastern Europe at the time, much like the ‘witch’ during the infamous Witch Craze.”