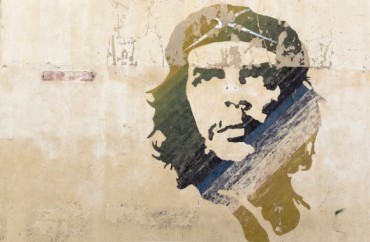 A student-run, Marxist-inspired venue at UC San Diego called the Che Cafe Collective that struggled to pay its rent and could not afford safety upgrades will be bailed out by the public university, whose leaders have agreed to shoulder an estimated $700,000 in repairs.

Administrators told The College Fix they are in talks with cafe representatives on how best to subsidize fire and “life safety” repairs sought for the Che Café, which was on the brink of closure before campus officials agreed to foot the bill.

The decision marks an about face for administrators, who served an eviction notice in March on the 35-year-old club, which hosts musical gigs, open mic nights and similar events throughout the year and relies heavily and co-op volunteerism to keep the doors open.

Its socialism-inspired business model was an apparent bust, and even the school’s campus newspaper said last year it may be time to shutter the place, noting a campus survey found “77 percent of students consider the cafe a low priority venue on campus, while 83 percent stated that they never attend Che events.”

The Guardian’s editorial described the venue as a “money pit consistently plagued with safety issues. … Many students also don’t realize that the money being spent on the cafe’s renovation comes directly from student fees; in other words, we are collectively pouring almost one million dollars of our money into repairing a cooperative that the vast majority of us don’t even use.”

In response, Che Cafe supporters argued the venue has historical significance and the university shared responsibility to keep it open.

After campus officials served the eviction notice, protesters reportedly undertook 24/7 sit-ins to occupy the site and confront any officers who might try to enforce it. An online petition, “Save the Che from Closing,” garnered more than 11,000 signatures. The cause expanded to subsume the many students who didn’t even know where the café was located beforehand.

In the wake of growing tensions between the collective and administrators, Chancellor Pradeep Khosla recently agreed to fund four of the collective’s investments: a new fire suppression sprinkler system, a fire alarm pull system, tempered windows, and a “travel/exit path evaluation,” the San Diego Reader reports.

The university’s recent decision to bail out the cafe largely brings to an end to contention over the student-run co-op, named after the Marxist revolutionary Che Guevara.

Its Facebook page shows it continues to host gigs this fall. Campus officials did not respond to a question by The College Fix regarding the status of the repairs or most recent cost estimates.

Amanda Fitzmorris, chairwoman of the College Republicans at UCSD, told The College Fix that not all students agree with the university’s decision to bail out the Che Cafe.

It’s not just because student fees and taxpayer dollars essentially now subsidize a venue that a student “collective” could not manage to keep open on its own, she said. It’s also the fact that the space celebrates a dictator who enforced a murderous totalitarian police state that clamped down on free expression.

The College Republicans protested the cafe’s namesake on Oct. 9 – the anniversary of the dictator’s death – pointing out to fellow students some of Guevara’s most infamous quotes, such as “to execute a man we don’t need proof of his guilt.”

The group spray-painted that quote and others on an artsy area on campus designated as a free speech zone, which includes walls and mural spaces. Although Fitzmorris said she has seen many students stop to ponder the quotes, the group also received backlash on their Facebook page with malicious comments.

Despite the disagreements, the Ché Café Collective will continue to live on. As Guevara once said: “The revolution is not an apple that falls when it is ripe. You have to make it fall.”