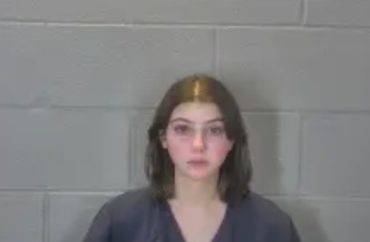 Officials at Purdue University had two students arrested and turned over to the county for criminal prosecution after they hung up posters criticizing an administrator for his handling of sexual assault allegations.

Students Allison Vaglica (pictured) and Richard Lu were booked by the public university’s police department and turned over to Tippecanoe County, according to police reports recently obtained by The College Fix.

Since publication of the article, The Fix has learned from a source close to the situation that the charges have been dropped. The university also accused the students of using glue to hang up the flyers, but they used a wheat based paste that was specifically chosen because it can easily be removed with water.

The “criminal mischief” charges “stemmed from damage caused by the glue that was used to hang the posters, which was considered vandalism,” the Purdue Exponent reported on November 7.

Vaglica and Lu were hanging up posters that said “Wanted: Brandon Cutler” and criticized the Greek Life administrator for how he has handled reports of sexual assault at fraternity houses. The Purdue police department told the campus paper that it was searching for other students involved as well. 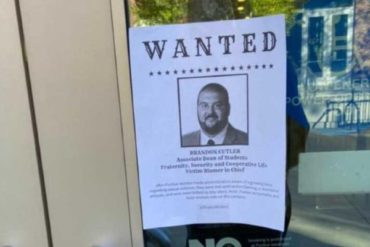 He has not responded in the past month to a media inquiry about if he agreed with the criminal charges and any other thoughts about the situation.

“Cutler faced calls for removal from his position after allegedly telling women at a Greek Life town hall that sexual assaults would not happen if they adhered to the ‘bring your own beer’ policy,” the Exponent reported.

The Fix reached out to Vaglica twice in the past month through Facebook and her school email.

Law enforcement released Vaglica on a $250 bond. She has yet to respond to a December 13 text message sent to the cell phone number listed on her police report. The Fix asked if she had an attorney and if a court date had been sent.

The Fix emailed Lu and left a voicemail at the phone number listed on his arrest record. The county released him on a $250 bond.

Both of the students were asked by The College Fix about their motives for hanging the posters, their thoughts on the charges and if the university had spoken to them since. The Fix also asked if there were any updates on the criminal charges.

“I have no update on status, that would come from prosecutor,” Purdue spokesperson Tim Doty told The Fix in an email on December 23. “Police report likely has info on the incident. Sorry, I don’t know how often this has happened [arresting students for leaving glue on buildings].”

Purdue students organized a rally in mid-November that included putting up more flyers.

Vaglica and Lu’s peers have come out in support of free speech and against the university’s actions.

“Purdue students papered over one hundred flyers onto the doors of the Hovde Hall building on campus Thursday night,” WBAA reported. The students were “protesting what they saw as the university’s unwillingness to address campus sexual assault and failure to uphold a right to free speech.”

“It seems like there is a selective prosecution of the students, and I think that the response was much harsher than necessary,” West Lafayette Councilmember David Sanders said at the rally.

Sanders is also a professor of biological sciences at Purdue.

Editor’s note: The article has been updated with comments from Purdue. Updated with further information that the charges have been dropped and the students did not use regular glue.