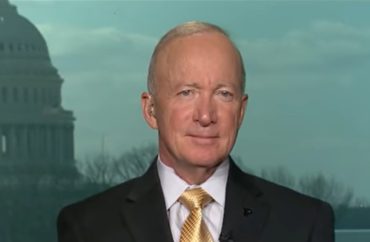 ‘Steven E. Koonin is a genuine example of someone daring to challenge a prevailing orthodoxy’

Professor Steven Koonin is set to speak tonight at the Indiana public university “for an hour-long conversation on the proper role of science in advancing knowledge and informing public opinion.” He accepts that climate change is primarily driven by human activity, but is more skeptical of what will happen in the next century with climate change. He also urges more debate on the subject.

“Steven E. Koonin is a genuine example of someone daring to challenge a prevailing orthodoxy,” Daniels wrote in a recent opinion piece for the Washington Post. “Impeccably credentialed both scientifically (New York University physics professor; National Academy of Sciences member; chief scientist for BP, focusing on alternative energy) and politically (undersecretary for science in the Obama Energy Department), Koonin has written probably the year’s most important book,” Daniels said.

“Koonin stipulates firmly that Earth’s climate is changing and becoming warmer, and that human influence is playing a role,” Daniels said. “He is eager to identify and advocate actions that will address these changes effectively.”

“But he is deeply troubled — ‘appalled’ is one of his terms — by the misuse of science, his life’s work, to persuade rather than inform, and by the near-hysterical pressure to stifle and vilify any deviation from the dogma of the day,” the Purdue president and former Republican governor of the Hoosier State said.

But Koonin’s comments and writings should not be heard at Purdue, according to some.

“In his book, ‘Unsettled: What Climate Science Tells Us, What it Doesn’t and Why it Matters,’ Koonin argues the consensus on climate change is less clear than commonly thought,” the campus paper said. Koonin’s invitation has been “has been criticized by climate scientists and university students,” the Purdue Exponent reported.

“Purdue choosing this speaker is dangerous misinformation,” one student, Daphne Hulse said. “When an institution of higher education that’s known for the leadership on STEM is inviting a debate on climate science, it sends a message of uncertainty to the public.”

Her and Nathan Miller lead the Citizens Climate Lobby chapter at Purdue and plan to circulate an open letter against Koonin. The College Fix messaged Hulse on Facebook on Tuesday morning to ask for a copy of the letter but did not receive a response. She has not posted it on her Twitter page either.

Koonin’s skepticism of the scientific consensus and the community’s approach to publishing is backed up by fact, Daniels said.

“Scientific research has already suffered serious self-inflicted wounds over recent decades. The discovery that as many as half of all published papers cannot pass the basic test of replication has yet to be meaningfully addressed,” Daniels wrote. “Researchers’ deep financial ties to foreign funding sources raise the specter of compromised security and integrity of results.”

“An ethical and responsible scientific community, including those who strongly disagree with Koonin’s findings or conclusions, would welcome his book as the latest contribution to an important debate,” Daniels said.