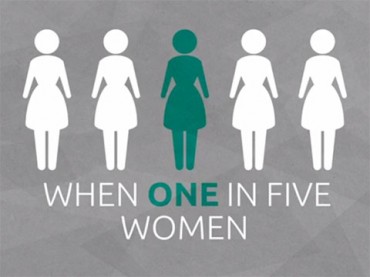 As a new set of freshmen start college this year, they go through online tutorial programs such as how to adjust to a new school, drink responsibly and make sure that sex is consensual.

But the colleges themselves often aren’t designing the programs, which in the case of sexual violence are required by federal law.

Hundreds of schools, from North Carolina’s Elon University to MIT, rely on a Washington, D.C.-based startup that uses questionable statistics on sexual-assault rates to teach students.

While EverFi has spread its training programs into areas such as “digital learning tools” and financial literacy, it’s best known on campuses for its AlcoholEdu and Haven programs for booze and sexual assault.

More than 350 colleges are using Haven, Rob Buelow, director of partner education at EverFi, told The College Fix in an emailed statement. EverFi expects that more than 500,000 students will go through the sexual-assault tutorial this academic year, he said.

Haven, which was revamped a year ago, includes “a quiz that assesses student learning of knowledge-based outcomes and a survey that assesses student demographics, attitudes, behaviors, perceptions, and experiences” around assault, stalking and “relationship violence,” Buelow said. Students watch an introductory video at the start of the tutorial.

Students learn about the characteristics of “serial perpetrators,” which Buelow says include being “overwhelmingly male,” having “a good amount [of] social status” and showing “hyper-masculine behavior.” Serial perps also “harbor inaccurate beliefs about peer expectations,” use alcohol as a “primary tool” to commit assault, and “may use ‘grooming’ techniques to make a person feel more comfortable.”

In addition to training, EverFi also provides posters for students to use on social media, or for administrators to hang around campus, according to Buelow.

But some claims made throughout the program appear to rely on questionable statistics, which Buelow conceded to The College Fix.

An infographic used in Haven claims that 25 percent of “college women experience attempted or completed rape on campus.” In his previous role as violence prevention coordinator at the University of California-Irvine, Buelow pegged the figure at “20-25 percent” in a 2009 article for The New University, the student newspaper. The “attempted or completed” assault statistic – actually 19 percent – has been challenged at least since 2011, when the American Enterprise Institute’s Christina Hoff Sommers wrote in The Chronicle of Higher Education that it came from an online survey funded by a Justice Department grant.

That survey asked about sexual experiences on and off campus, “and the researchers – not the women themselves – decided whether they had been assaulted,” Sommers wrote. The researchers included “forced kissing” and “attempted” forced kissing in their definition of sexual assault, and counted every admission of drunken sex as a rape by default, she said.

The Haven infographic itself cites a “Sources” page that doesn’t correlate each separate claim with its source, making it difficult to verify whether EverFi accurately conveyed the source’s information.

EverFi’s “impact report” for the University of Oregon’s 2013-2014 school year, which had a 79 percent student completion rate, provides some insights into the types of questions posed by Haven to students.

The report lumps together “yes” and “not sure” responses to survey questions in one section. Twenty percent of female students and 8 percent of males answered “yes” or “not sure” to the question: “In the past, someone pressured me into a sexual experience without my explicit consent.” The percentages are similar for experiencing “repeated and unwanted attention, harassment, or some other contact from another person that has made me feel afraid.”

But only 2 percent of female students and 5 percent of males answered “yes” or “not sure” when asked if they had taken sexual advantage of someone without their “explicit consent.” The report said students only improved their “correct” answers by 3 percentage points after the quiz on “understanding sexual consent” – suggesting students’ views of consent changed little after the tutorial.

Buelow, whose LinkedIn page says he co-founded Penn State University’s chapter of anti-sexual assault group One in Four, acknowledged to The College Fix that “there has been recent scrutiny around prevalence statistics.” Nonetheless, “any sexual assault that occurs is too many.”