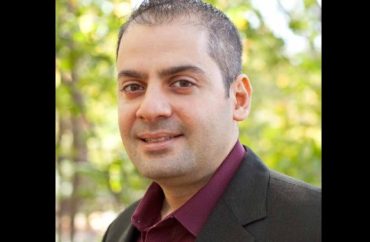 Blames white male colleagues for not listening to him

Political science doctorate students at Indiana University should quit the program unless they have strong job prospects, the current career placement director wrote in a recently released letter.

Professor Abdulkader Sinno told students he has resigned from his role as the placement director because he does not want to be “complicit” in encouraging enrollment in a doctorate program that does not produce a return on investment.

Being a grad student is cool because you get to read your little books most of the time but every few months someone comes running and screaming to tell you it’s all a mirage, get out while you still can, etc. pic.twitter.com/S6RbK5rCOx

Sinno (pictured) put some of the blame on the program’s alleged misleading of students on his “older white male” peers who he said do not listen to him because he is a minority.

“[M]y voice as a minority faculty member is regularly sidelined in the context of the political science department by older white male scholars who are set in their ways,” Sinno told Inside Higher Ed. “What the department is doing is unethical, and we simply need to address the matter. We can’t squander young people’s best years on a fool’s errand.”

Sinno wrote in his letter:

I’m resigning because I don’t want to be complicit in keeping you in a Ph.D. program that doesn’t help your advancement. The department needs graduate students to cheaply teach or assist in teaching its undergraduate students, and for faculty to keep claiming that we have a serious Ph.D. program. I just don’t believe that you should pay for their needs with your livelihood.

His faculty peers “are perpetuating the myth that a Ph.D. from a modest department like ours can be a reliable route to middle-class life. It is not anymore.”

He urged students to transfer to a higher-quality program or leave for the private sector, unless there were specific opportunities they had lined up for themselves.

“There are of course some situations where a Ph.D. from our department could help your advancement,” he wrote. “If you have a job guarantee guaranteed in your country of origin, or if you feel that this is the best route to a government job such as in the State Department.”

“Even though an MA would work just as well and will likely land you in the same pay bracket,” he wrote.

Professor William Winecoff, IU’s political science graduate studies director, called the letter “a good opportunity to continue talking with our students about the job market challenges, and opportunities, that they will face upon graduation” and blamed funding for the issues raised by Sinno.

We invest a lot in our students, especially in these challenging times. We know the challenges we are facing, and we are using this moment constructively, to come together as a department and support our students, some of whom are worried about how this [Sinno’s letter] may affect our institutional reputation, and thus their job market prospects.

“So no, we are not regularly placing our students in tenure-track jobs at Harvard,” he said. “But that is also not what our students expect, nor what we promise them.”

MORE: A law degree is one of the worst investments of any degree