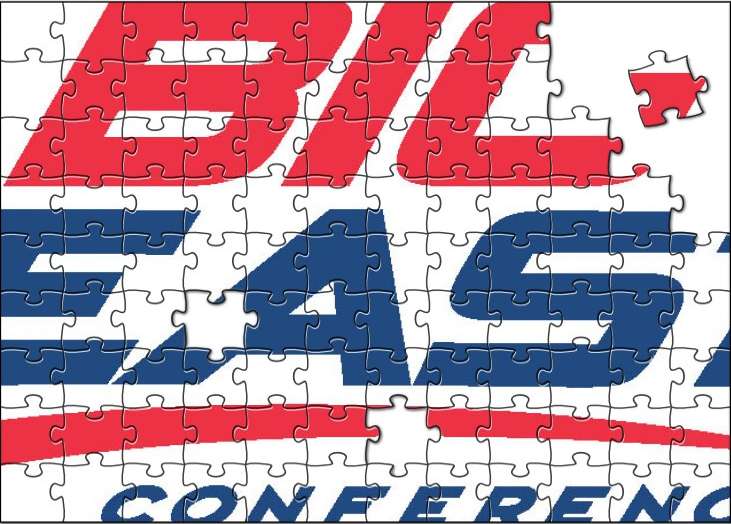 For years, the storied Big East Conference has been a big player in the game of NCAA conference expansion and realignment. It has played the roles of both victim and poacher in the past, somehow always maintaining its status as a power conference. But after the most recent conference shake up, the Big East is finding itself crumbling into pieces.

The odd structure of the conference, however, caused tensions between the football and the basketball schools and in 2003, prompted Virginia Tech, Miami and conference founder Boston College to bolt for the Atlantic Coast Conference (ACC). The Big East more than replenished their crop of teams by persuading DePaul, Louisville, Cincinnati, South Florida, and Marquette to leave Conference USA which expanded the entire Big East’s total roster to 16 teams.

It was assumed that the Big East would remain, unquestionably the largest of the major conferences until the landscape of the conferences started shifting much more dramatically than ever before. The next wave of realignment began in 2010 when the commissioners of the then Pacific 10 and the 11 team Big Ten announced that the conferences were planning to expand.

The Big Ten set a goal for at least 14 teams while the PAC 10 aimed for 16. These sudden expansions set in motion a cascade of teams switching conferences that hasn’t stopped since.  The move caused other conferences to enter crisis mode and ultimately almost led to the folding of the once prestigious Big 12 conference.

The PAC 10 sent six invitations out to teams of the Big 12 including Colorado, Oklahoma, Oklahoma State, Texas, Texas A&M, and Texas Tech. Colorado accepted the invite shortly afterwards becoming the first team to abandon the Big 12 on June 10, 2010. The following day it was announced that another Big 12 school was leaving too, but not for the PAC 10. Instead, Nebraska applied and was uniformly accepted into the Big 10. The move, ironically, gave the Big 10 twelve teams and left the Big 12 with just ten. After the move, the Big Ten announced that it was content with twelve teams and had no further plans to expand. This didn’t prove to be the case a couple of years later when they made deals with Maryland and Rutgers to join the conference in 2014.

It appeared that the depleted Big 12 was about to be completely swallowed by the growing Pac 10 until Texas chose to turn down the invitation because it wouldn’t consent to an equal revenue sharing plan. This prompted Oklahoma, Oklahoma State, Texas A&M and Texas Tech to pledge to stay in the Big 12 and gave the conference some stability. At this point, it seemed that the core six conferences of the NCAA would stay intact and remain situated in a way that mostly made geographical sense. And then the Big East got involved again.

The Big East planned, again, to expand its football school roster beginning with Texas Christian University and possibly the University of Central Florida and others. Geographically, the move made no sense. Louisville is the closest school to TCU which is 750 miles away. The farthest schools would be nearly 1,300 miles away. The addition would create added financial strains to the Big East schools that already had to travel considerable distances. Big East commissioner John Marinatto argued that the move would only affect team sports and not individual sports. Therefore, individual sport athletes could compete regionally without having to fly halfway across the country. The explanation didn’t clarify why he felt the need to subject the student athletes from team sports to such travel obligations. The answer, presumably, was money.

Ultimately, it wasn’t common sense that prompted the Big East/TCU deal to fall apart. The catalyst was the disastrous mismanagement of negotiations for a television deal. In 2011, while attempting to make a deal with ESPN that would net the conference $130 million per year, the presidents of colleges were put off by the PAC 12 attaining a deal with ESPN and FOX that netted $250 million annually. After they voted the deal down, Syracuse and Pittsburgh became the first two dominos to fall when each announced that they were leaving for the ACC – a discouraging blow for the increasingly unstable conference.

Fast forward to March 2013 – with its conference tournament concluded, the Big East is facing its last days as a mega conference. An exodus of the conference’s proudest basketball and football programs has occurred over the last two years. TCU reneged on their plans to join the conference and joined the Big 12. West Virginia followed suit. Louisville and Notre Dame are joining the ACC. And, as previously mentioned, Rutgers is joining the Big Ten.

The most alarming news came in December when seven of the non-football Catholic schools announced that they were leaving to start a new conference, but the “Catholic 7” is taking the “The Big East” name with it. The stunning departure forced the remaining Big East members – UConn, Cincinnati, and South Florida – to cobble together with a collection of teams poached from Conference USA to form a new conference of their own.

When the dust settles from these conference realignments, there will be little correlation between the locations of the institutions and the conferences that have forever been associated with their regions. All of the teams that have been best known for being a part of the Big East–one of the NCAA’s most storied conferences–will be scattered across the ACC, Big Ten, the new “Big East” and whatever becomes of the conference formerly known as The Big East. The seven Catholic schools may carry on the brand, but the real Big East will be gone.