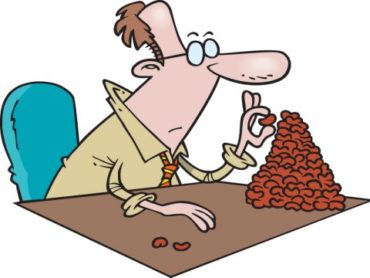 You’re not allowed to have fun anymore.

And you won’t if our well-meaning social justice gatekeepers have anything to say about it.

It’s bad enough already that major outfits like Marvel and DC Comics have succumbed to the social justice warrior whims of their (allegedly) enlightened creative staffs; soon music labels and film studios may be following suit.

Rae Cooper and her associates claim to have identified “chronic gender inequality” in the music business, an industry which typically generates around four to six billion dollars annually.

“The industry need[s] to recognise it has a problem and that women’s voices really are white noise,” Cooper says.

But now the “oh brother” part:

Women represent only one fifth of songwriters and composers registered with the Australasian Performing Rights Association, despite making up 45 per cent of qualified musicians and half of those studying music.

The study also found that women are significantly less likely to be honoured in music industry awards including the ARIAs, J and AIR awards.

“Women hold only 28 per cent of senior and strategic roles in key industry organisations,” the study says.

Did you catch the ‘ol “proportionate representation” argument sneaking in there? And ponder how ridiculous it is: Only 20% of songwriters are female despite women being 50% of “qualified musicians” and “those studying music.”

Since when is popular music based on qualified musicians, and/or those who studied music? Frank Zappa had a PhD in music theory, for Heaven’s sake, but did he sell more records and get more radio play than … Madonna?

Similarly in yesterday’s New York Times, columnist Johanna Barr wants you to know that — gasp! — white men do most of the talking in the movies you watch:

With “Wonder Woman” and “Girls Trip” riding a wave of critical and commercial success at the box office this summer, it can be tempting to think that diversity in Hollywood is on an upswing.

But these high-profile examples are not a sign of greater representation in films over all. A new study from the University of Southern California’s Viterbi School of Engineering found that films were likely to contain fewer women and minority characters than white men, and when they did appear, these characters were portrayed in ways that reinforced stereotypes. And female characters, in particular, were generally less central to the plot.

The study, conducted by the school’s Signal Analysis and Interpretation Lab, used artificial intelligence and machine learning to do a linguistic analysis of nearly 1,000 popular film scripts, mostly from the last several decades. Of the 7,000 characters studied, nearly 4,900 were men and just over 2,000 were women. And perhaps unsurprisingly, the male characters spoke far more than the female ones did, with 37,000 dialogues involving men and just 15,000 involving women.

The study also looked at what movie characters actually say in films, and the “centrality” of film characters.

“[The study’s technology] was particularly effective in revealing the unconscious biases that may be at play in the film industry. He said the data could help guide decisions throughout the creative process, from the way dialogue is written to how roles are cast,” said study author Shrikanth Narayanan.

Madeline Di Nonno, chief executive of the Geena Davis Institute on Gender in Media, said “It’s really important, to effect change, to talk about the social imperatives, but also you have to marry them with the business imperatives.”

Wanting to do her part for the cause, apparently, author Barr took to social media:

Will academia ever understand how capitalism functions? Entertainment is based on the green, nothing more, and that green is earned from what people want. You may not like what people desire, but no amount of social engineering will change it.

If music and movies want to follow the comics industry down the drainpipe of social justice “enlightenment,” with their creators doubling down by lecturing us peons on how “backward” we all are, so be it.

As their respective businesses tank, at least the creators will be able to take “pride” in, as Monte said in the classic El Norte, “hav[ing] a gooooood heart!”

MORE: No, an accusation of musical philistinism is NOT a microaggression