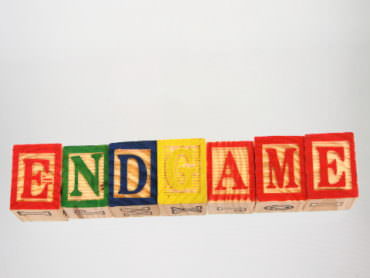 The question has to be asked of campus progressives: What is your end game?

This past year we’ve read endlessly about how, in this Age of Trump, racial and ethnic minorities are more fearful than ever (for their very lives in some cases), and that the president himself has been the catalyst for a “resurgence” of white nationalism and white supremacy.

But even before Donald Trump’s election members of “marginalized communities” and their (progressive, white) allies were demanding of college administrations everything from a specific number of minority faculty and cultural centers for every conceivable identity group, to “task forces” that will address “systemic oppression.”

Students even get their collective panties in a bunch when university officials have the audacity to fail to see into the future.

Over the last year colleges have dedicated courses, speeches, and workshops to various “crises” that have arisen in the Age of Trump, not to mention how the Republican nominee even managed to win in the first place.

How, progressive academics and student ask, did this guy win when we have been addressing things like white privilege, white supremacy, whiteness, white fragility, patriarchy, heteronormativity, etc. for years, now?

Will the light ever shine upon marble heads?

Not yet, at least.

Just consider the latest outrage du jour: “It’s OK to be White” signs and stickers have popped up at many campuses (and high schools) across the country and in Canada, complete with the predictable apoplexy. What seems to your average joe a rather tongue-in-cheek response to campus politically correct nuttery is to your typical academic leftist a “coded affirmation of white supremacy” and a “political instrument that fit[s] into a tradition of American hate speech.”

“We had a lot of conversations with students who were upset. It’s hard because it’s not the posters, it’s the message behind them, and it’s especially how they made students feel on campus,” [Student Government Association President Ahna Van Valkenburg said].

Van Valkenburg explained that while the posters’ words were not inherently incorrect, the statement that they were making was problematic.

“From conversations with students, it’s similar to the ‘All Lives Matter.’ So yes, that’s true, but put into the political context of the nation, it wasn’t saying all lives matter, it was shutting down a movement,” Van Valkenburg said.

“It’s never been wrong to be white in America … but it’s just something that minorities struggle with. It’s a power dynamic,” [Commissioner of the Diversity, Equity and Inclusion Commission Mikayla] Clements said. “The majority of the people haven’t lived those experiences of power differences. We have to think with empathy and listen to those who have.”

“We must reject silences that demean and exclude, and we must engage open conversation about the experience of race on this campus and beyond.”

A Concordia professor(!!) responded with his own “It’s not OK to be that kind of white” signs (emphasis added) as a response:

On Thursday, [Professor of Religion David] Creech hung up posters around campus that countered the original statement, bearing the words, “It’s not okay to be that kind of white.” They were removed within an hour.

Hilariously, after sentiments like the above, the Concordia SGA, school president, and campus Office of Diversity held a public forum so folks could “voice opinions and ask questions.” Also hilariously, Professor Creech was in attendance, saying “I think there needs to be training for our faculty for dealing with diversity, white privilege, and how to make these topics more prevalent in our classes.”

You think Creech would be receptive to “voiced opinions” which challenge his view of white privilege “ignorance”? Would he be welcoming to folks who agree that white privilege is a legitimate thing, but disagree on the remedies?

Today an academic world exists where white people are told to avoid certain professions merely due to their skin color, to disregard their “American-ness, maleness, whiteness, heterosexuality, middle-class status,” and where courses are devoted to the abolition of “whiteness” … but at the same time an insipid sign proclaiming “Caucasians are alright” is treated like the cultural apocalypse.

It’s almost as if the academy is working on job security on the sly: Keep doing what it’s doing regarding “whiteness,” and when results like Election Day 2016 occur say “See? We’ve got to do more!”

MORE: ‘It’s Okay to Be White’: A case study in campus hysterics

MORE: Oklahoma high school teacher’s classroom lesson: ‘To be white is to be racist’