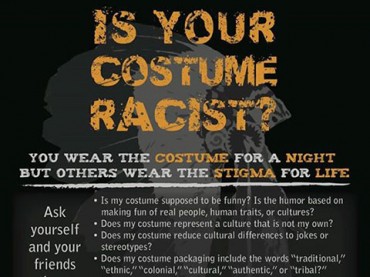 A University of Chicago student who claimed his Facebook page was hacked and filled with racist and violent messages against him and another student has now admitted he faked the attack.

Intended to shame the school into making drastic changes around race and speech on campus, the hoax appears to have worked.

The students behind the ruse, the hoodwinked university and the school newspaper have argued that the hoax – which provoked a federal investigation – should not detract from fixing the school’s “culture of racial intolerance,” in the words of a petition demanding policy changes.

Anatomy of a Hoax

The hoax was the culmination of a long list of racial grievances leveled by the perpetrator, Derek Caquelin, and his friend and fellow activist Vincente Perez.

Indeed, before Caquelin admitted they made the whole thing up, Perez told The College Fix not to ask for more details on the racist Halloween incidents they alleged and instead focus on the hostile “culture” of the university.

The hoax started with an allegation against a shadowy hacker group that calls itself the UChicago Electronic Army, which has feuded with activists who circulated a list of men they claim were sexual threats on campus.

As reported by Chicago area media including Red Eye Chicago, Caquelin’s Facebook page was allegedly hacked by the group Nov. 18.

Caquelin initially said the hacked Facebook status was in retaliation for his online complaints about Halloween costumes depicting Mexican criminals and a corresponding push by Caquelin and Perez to address the concerns of minority students. The Facebook status also said Perez would be the next target.

The petition, co-written by Perez, called for the university to create a “campus climate survey” and “mandatory cross-cultural competency program,” as well as “clearly” lay out its responses to “racially insensitive actions,” incorporate racial and ethnic studies in the Core Curriculum and diversity the faculty, according to the Chicago Maroon.

In a hostile email exchange with The Fix days before Caquelin confessed to the hoax, Perez said: “Please do NOT try to focus on the individual students their identities and their costumes. This movement is about revealing the entire culture of intolerance at the University.”

Perez declined to refer Caquelin to The Fix for more details, saying it was a “disservice” to the activists “fighting for this culture to be challenged.”

Perez nonetheless shared the widespread media coverage frequently on his Facebook page in a bid to get visitors to sign his petition to the university.

Shortly after receiving a followup email from The Fix, Perez posted a screenshot of his response and claimed he was “exhausted” from responding to media inquiries: “This burden is unfair.”

Muted response to a hoax revealed

Campus leaders, even while acknowledging the hoax and the federal resources expended to investigate a fake threat, couldn’t bring themselves to call for any punishments against the students who cried wolf.

Instead, they endorsed the political agenda behind the hoax.

The university, which said Nov. 20 that the “hateful and anonymous Facebook posts” were part of a “larger pattern,” issued a weak retraction four days later.

“Based on our ongoing investigation we now are confident that the Facebook posting was not created by a hacker,” Karen Coleman, vice president for campus life and student services, told the community Nov. 24.

“That conclusion does not erase the seriousness of this episode, the harm it has caused to individuals and our broader community, or the consequences for those responsible,” Coleman said. “Whatever its purpose, the language used in this incident does not constitute discourse and will not be tolerated.”

Coleman said the school would host “special sessions” for students, faculty and staff who wanted to talk about the incidents and “get support.”

“Do not defend my name. I am behind this, and only I,” Caquelin wrote. “No others were involved, so I really would like to ask you to leave them alone. There is no excuse for hate, which includes what I did.”

The editorial board of The Chicago Maroon wrote Nov. 25: “The sentiments that existed before the Facebook post still ring true, and should be treated accordingly. The conversations surrounding diversity and inclusion on campus must continue in light of recent developments.”

The revealing of the hoax “should not de-legitimize the issues of racism that have been raised, or mitigate the seriousness with which they should be addressed,” the editorial said.

Facebook posts by Caquelin and Perez in the days leading up to the allegations against the UChicago Electronic Army had all the marks of a coordinated public relations campaign.

They had been posting prior to Halloween about the potential offensiveness of Halloween costumes, and posted several pictures the day after Halloween.

Perez posted several stories about the incident and his comments on the quality of the coverage, followed by pleas to sign the petition. Caquelin’s posts in response to the alleged hacking included aggressive and profane statements.

Despite the threat in the hoax status that provoked the federal response – “Vincente YOU ARE NEXT” – Perez’s Facebook page remained untouched.

The UChicago Electronic Army, for its part, said from the start it was not involved in the hacking.

To prove that the UChicago Electronic Army actually posted the message mocking Caquelin, the post explained how the group had earlier hacked the server of the student fashion magazine MODA in its war of words with sexual-assault activists.