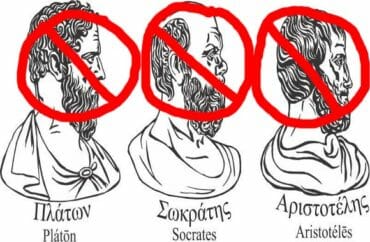 Protesters: ‘an incorrect fundamental assumption that a truly educated person must understand the Western Canon’

Reed College leaders have agreed to revise a mandatory freshman humanities course focused on the Western Canon in the wake of a protracted student protest campaign against the class that decried it as too “Caucasoid” and “Eurocentric.”

Although details are still being hashed out, faculty appear to have agreed to broaden the scope of the course to allow for more authors of color and to study thinkers from geographic locations beyond Europe.

The course had traditionally focused on scholars underpinning Western Civilization, and assigned books written by Greco-Roman thinkers such as Aristotle, Plato and Ovid, as well as from Mesopotamia and Egypt.

But for more than a year “Humanities 110” has been the target of protests by a student group called “Reedies Against Racism,” who demanded it be “reformed to represent the voices of people of color.” In statements to The College Fix over the last year, student protesters have called the class too “Caucasoid” and “Eurocentric.” 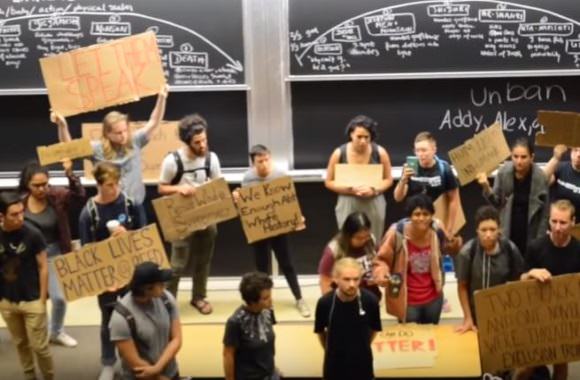 “I am a student of color who has trouble focusing because the curriculum at Reed is Eurocentric and is unrelated to my lived experience. Being told that the West is the most important topic of study damages my mental health and makes me less able to learn. I think this is true for many, many students of color, and that is part of why we do what we do,” Alex Boyd, a main Reedies Against Racism organizer, told The College Fix last September.

Humanities 110, which has evolved over the years, has been a required course at the private, Portland, Ore.-based liberal arts college for decades. But the protests — which included students boisterously crashing and disrupting the class — prompted faculty to review the course ahead of its normally scheduled evaluation, and on Wednesday they announced it would indeed be revised.

In an emailed statement sent to students, Professor Libby Drumm said faculty considered “a number of robust proposals” and that they will usher in the new curriculum over the next few years. The new course will include a four-module design, one of which will focus on the ancient Mediterranean history that has been a main cause of the protests, and another on the Americas.

“Because the four-module structure is a significant change from the way the course is now structured and a new syllabus will need to be developed, the new syllabus will be phased in over the next two to three years,” Drumm stated. “In fall 2018 we will begin to implement the new syllabus with two modules, one that includes the study of classical Athens and the other the study of existing course content. In spring 2019 two new modules will be implemented, both focused in the Americas and consisting entirely of new materials and lectures.”

Drumm stated that in early February, outside reviewers will come in and speak with faculty and students across the campus to balance different perspective about the course to help set up the new curriculum. After this, the humanities faculty will hold information sessions to share the new syllabus with the community. These sessions are likely to begin in April, Drumm said.

When reached out to by The College Fix via Facebook, the Reedies said they are still not entirely satisfied. 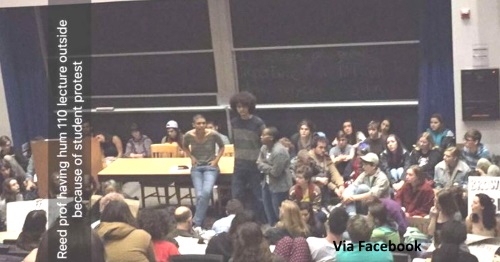 “The currently proposed cities are Athens, Rome, Mexico City, and New York City. We believe that New York should definitely include Harlem and that we’re watching to see what texts the faculty are gonna choose,” the Reedies said to The Fix.

When asked if they plan to protest the new class if it continues to feature some of the old material, the Reedies said, “I think that would depend on what texts Hum faculty choose to release to the community. There seems to be a lot of promise in terms of a more progressive curriculum but it’s still too early to tell.”

In a Facebook statement that they released soon after the announcement, the Reedies said that they oppose the likely starting point of Athens or Rome because they believe that “centering the first module on Athens or Rome maintains the racist notion that the West is the key to other civilizations.”

They added that they feel that the starting point should be Jerusalem, which “consists of many texts already contained in the current Hum syllabus (The Bible and The Jewish War) and relates to fields that faculty have expertise in,” and that “antiquity can be taught without centering Western principles.”

Additionally, the Reedies are completely against the exclusion of Africa in the proposed curriculum, saying Reed is disregarding black history.

“The exclusion of Africa from the Humanities 110 syllabus is unacceptable. Reed cannot continue to marginalize black history and literature in its curriculum. As such, we feel that the second city should be Cairo, rather than Rome. Furthermore, it is imperative that the historic presence of black people be included in the New York portion of the curriculum,” the post states.

The Reedies also went on to hit the course a little more, saying it was founded when Reed was segregated, and that it “affirmed an incorrect fundamental assumption—that a truly educated person must understand the Western Canon.” They argue it is time for this to change, that it is “time for Reed to reject the notion that the West is somehow central or foundational to certain types of knowledge.”

“The history has already been written—the Western Canon antiquated. It is dishonorable to continue omitting people of color from Reed’s curriculum. The incoming Reedie exists in a world that extends beyond Western civilization—it would be irresponsible to stifle the intellectual curiosity of students seeking to explore that world,” the post stated.

When asked by The College Fix via email about the new course structure and the Reedies’ concerns, Reed Director of Communication Kevin Myers said “at this point, the faculty has voted to change the structure of the course to cover four geographical locations at times of historical significance. The first two modules will be organized around locations covered by the current course. This will provide time for modules 3 and 4 to be constructed.”

“The content of those modules has yet to be determined. So, criticism of what the course will or will not cover is premature,” Myers said.

MORE: Class focused on great Greco-Roman books may be changed after students complain it’s too white