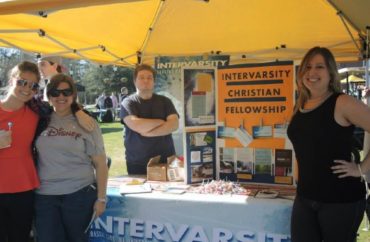 Settles battle that started in 2017

The University of Iowa will pay nearly $2 million to the Becket Fund for Religious Liberty to settle a lawsuit over its club approval policies.

The State Appeal Board approved the settlement agreement on Monday.

The $1.9 million settlement pays the Becket Fund’s fees for representing InterVarsity Christian Fellowship and Business Leaders in Christ for. Both groups sued to stop the public Iowa university after school officials told them they had to allow homosexual student leaders.

The first for $1.4 million covers attorney fees in the BLinC case — a total that incorporates a 10 percent discount from Becket and “does not include any other fees incurred since the parties began negotiating after the end of July.” The second for $553,508 covers attorney fees and $20,000 of damages in the Intervarsity case.

The approval documents are not yet available on the State Appeal Board website.

The Eighth Circuit Court of Appeals ruled in July that it would be “hard-pressed to find a clearer example of viewpoint discrimination.”

“Schools are supposed to be a place of free inquiry and open thought, but the school officials here punished opinions they didn’t like and promoted ones they did—all while using taxpayer dollars to do it,” Becket Fund attorney Daniel Blomberg said at the time.

“The good news is that they’ve been held accountable, and school officials nationwide are on notice,” Blomberg said. “We are optimistic that in the future, colleges will pursue policies of accommodation, not discrimination, when it comes to religious exercise on campus.”

The College Fix has extensive coverage on the two legal battles here.